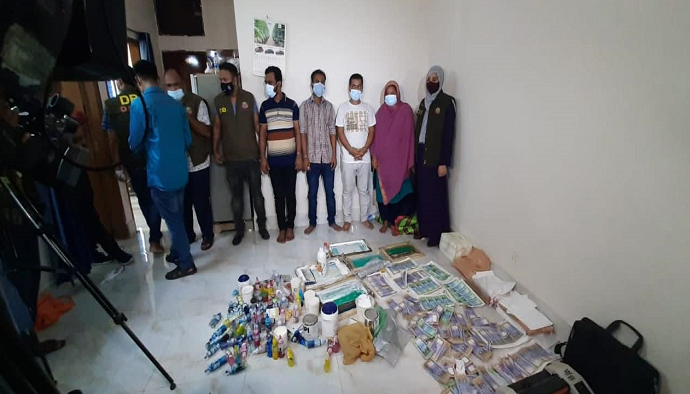 A Gulshan DB team raided a house located at Noorer Chala, Saeed Nagar area of Badda Police Station and arrested them and seized Tk 43 lakh counterfeit money from their possession.

“We, the Dhaka Metropolitan Police, are working all the time to stop their activities. Today, under the leadership of DC Mashiur of DB, we have recovered this huge amount of counterfeit and its making-equipment,” he said.

He said during the operation around Tk. 43 lakh worth of counterfeit, a laptop, two colour printers, a large quantity of glue and Ika, A4 size paper, security yarn bundle, laminating machine, cutter, Bangabandhu portrait and special paper with Bangladesh Bank logo for making counterfeit were seized.

Mashiur Rahman added the detainees initially confessed that they had been arrested earlier for being involved in counterfeit and drug dealing.

A case was filed against the arrestees under the Special Powers Act.