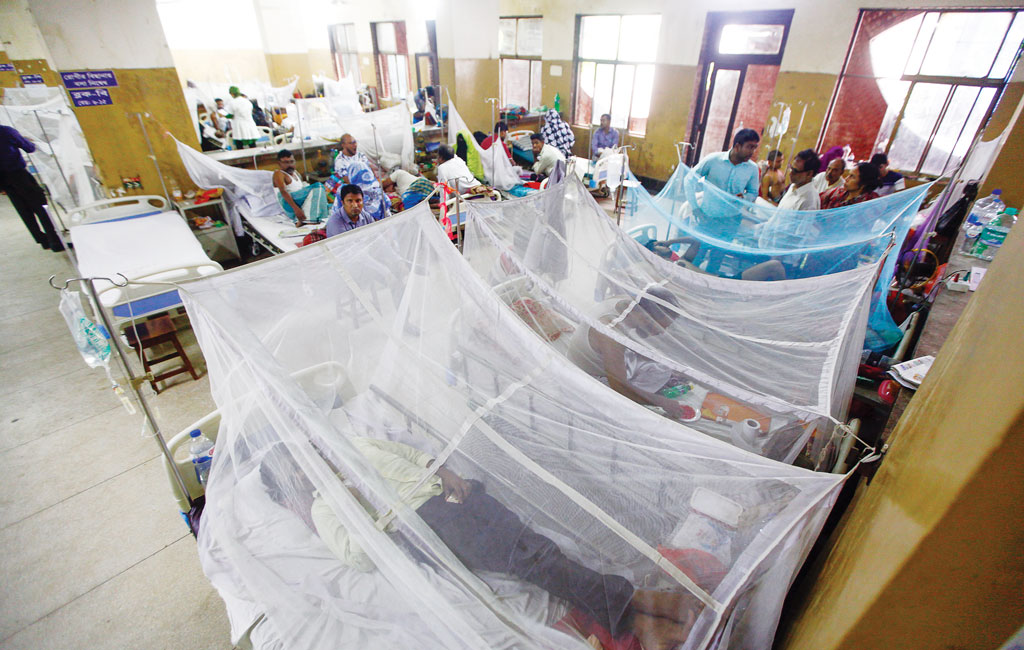 Authorities reported 70 more dengue cases in 24 hours until Monday morning amid a surge in the mosquito-borne disease.

Some 209 patients diagnosed with dengue are receiving treatment at different government and private hospitals across the country as of Monday morning, according to the Directorate General of Health Services (DGHS).

Some 796 patients have been admitted to different hospitals with dengue since January and 587 of them have been released after recovery.

“Legal action will be taken against those if anyone is found responsible for breeding Aedes mosquitoes and breaching government directives through fine and other punishment, no matter whether the establishments are owned by the government or not. You’ve no right to harm the lives and property of people,” Tajul warned.