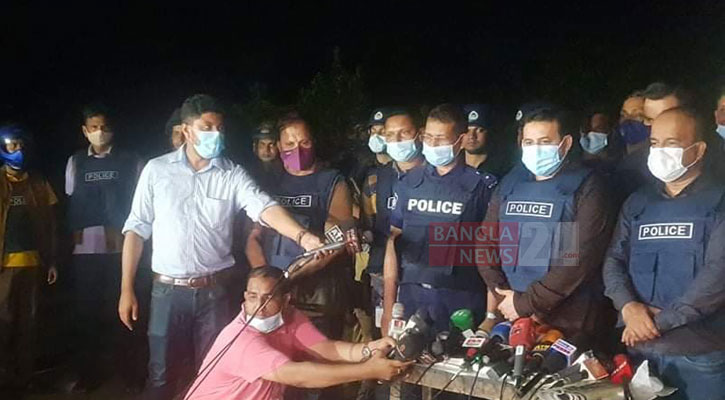 The Counter Terrorism and Transnational Crime (CTTC) unit on Sunday night arrested a suspected member of Neo JMB along with three bombs and bomb-making materials following a raid on a house in Kazipara area at Madanpur port of Narayanganj.

The arrestee was identified as Major Osama alias Nayeem, a member of the military wing of Neo JMB.

He also said that the members of a bomb disposal unit defused the bombs at the spot.

He said that Osama was an Imam of a local mosque and used to live in a house beside it with his family.

He operated his militant activities from the house, said the officer.

“Three days ago we arrested three members of Neo JMB from Mirpur. We got information about Major Osama from them,” added Asaduzzaman.

“We arrested him from nearby his home on Sunday evening and later raided his house at night,” he said.

However, family members of the arrestee were not in the house during the raid.

"The house was used as a den of militants to make bombs. The bomb, found near a police box in Narayanganj's Siddhirganj on May 17, was made in this house, CTTC Additional Deputy Commissioner Ahmedul Islam said on Sunday.