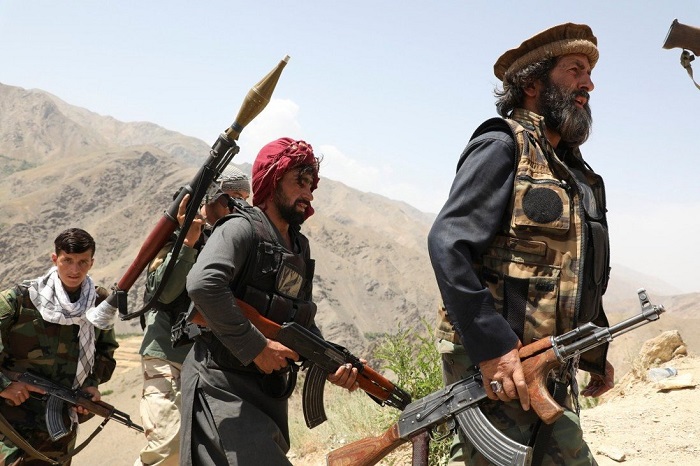 China has urged Pakistan to step up cooperation to contain security risks in Afghanistan following the withdrawal of US troops.

Foreign Minister Wang Yi also highlighted China’s pledges to help Pakistan fight Covid-19 and get its economy back on track in a speech to mark the 70th anniversary of the establishment of diplomatic relations with Islamabad – one of Beijing’s closest partners on the international stage.

“[China and Pakistan] need to defend regional peace together. Problems in Afghanistan are practical challenges that China and Pakistan both face. China, along with Pakistan, is willing to continue support for all parties in Afghanistan to seek a political solution through dialogue and lead to ethnic reconciliation and long-lasting peace,” Wang said, according to the official statement.

“To push for the strengthening of communication between countries that have relevant interests would effectively help control the spillover of security risks in Afghanistan, and prevent the expansion of both international and regional terrorism, so that regional stability can be defended.”

Wang added that China would like to strengthen cooperation with Pakistan to push for a more “just and reasonable” global governance.

He also said there should be more push for “trilateral cooperation” by increasing Afghanistan’s involvement in the China-Pakistan Economic Corridor, a major element of the Belt and Road Initiative.

In recent years, China has been attempting to expand its influence beyond the economic sphere. Part of its attempts to expand its role is to boost relations with Afghanistan through CPEC, which includes a network of roads, ports, oil and gas pipelines and optical fibre cables.

Pakistan’s Prime Minister Imran Khan said on Monday that the country was taking to its neighbours in an effort to save Afghanistan from a full-blown civil war and will “contact the Taliban” as part of its peace initiative.

Islamabad has criticised the US for leaving Afghanistan without ensuring a credible governance structure is in place.

The US exit and Taliban advances have increased concerns about another civil war in Afghanistan.

Wang has often criticised the US for being “the source” of conflict in Afghanistan and presenting China as a friendly neighbour reaching out to mediate the situation.

Beijing is also concerned about security risks spilling over into its own territory because Afghanistan shares a 90km (56-mile) border with Xinjiang.