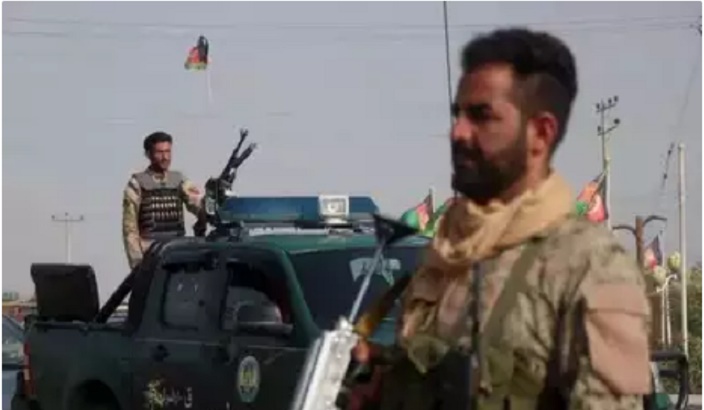 Former Mujahideen leader and senior member of Jamaat-e-Islami party, Ismail Khan, whose militia had helped the US forces topple the Taliban in 2001 on Friday urged party members to rise up in arms as the rebel insurgents continued to make advances in parts of the country and closed in on his Heart stronghold in the west.

Tolo News reported that the Taliban has come closer to the city of Herat after capturing many districts in the city including two important border towns. ... in Herat province including Islam Qala and Torghundi border towns.

"We will reorganize the war fronts. We will save the city of Herat from those who have the order to plunder the city. We will not let them change their dreams for plundering Herat into reality. We will not allow them to cast an evil eye towards the honour and dignity of our people," Ismail Khan said.

The veteran warlord also expressed that after securing Herat city, the military will focus on capturing the other two districts of this region that have fallen to the Taliban.

"Soon you will witness the presence of public uprising forces in various parts of the city and in the districts of Herat. We will move towards other areas of the western zone after fixing turbulences in Herat city," Khan added

Abdul Latif, a resident from Herat province expressed that "The Taliban will see worse treatment from the public. If they insisted on fighting, we will take weapons, if they offer the hand of friendship, we will show similar gesture".

There is a fear of full-blown civil war as the Taliban stepped forward and took control of several districts in the country, while Afghan forces are retaliating and launching a counter-offensive against the Taliban.

This comes amid the withdrawal of foreign forces from the war-torn country.