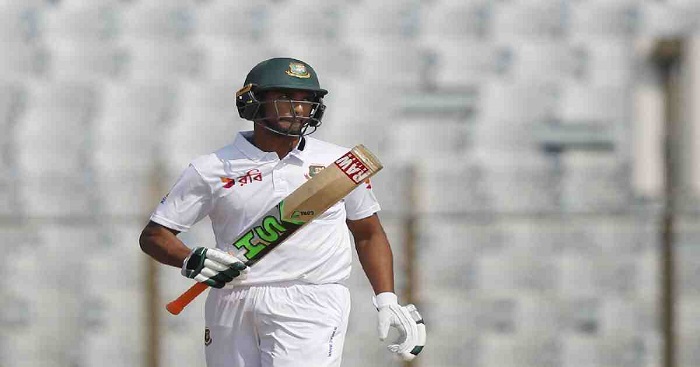 Bangladesh allrounder and T20 captain Mahmudullah Riyad was presented a guard of honour by his team mates as he bade an emotional farewell to Test cricket ahead of the fifth day’s play in the Harare Test against Zimbabwe.

The right-handed allrounder reportedly informed his teammates about his retirement ahead third day’s play of the match. He, however, didn’t say anything about it to the media.

Before getting selected for the one-off Test against Zimbabwe, Mahmudullh was out of the longer version of the game for more than 17 months. He hit an unbeaten 150 in this comeback Test, which will now be his last Test innings.

A Bangladeshi media reported from Harare that Mahmudullah last night gave an impression that he is going to rethink this retirement. But he didn’t.

“He didn’t inform me anything officially about it,” Nazmul Hasan, the BCB president, told a national daily earlier. “I came to know from someone else. But it’s not acceptable to me. It’s unusual. We are playing a Test now. The match is yet to end.”

Nazmul also said that the decision of Mahmudullah surprised him more because the allrounder agreed to play in all formats for the Tigers what he has said to the board in the written consent.

“He was a last-minute inclusion to the Test side because he wrote to us that he would play Test if he gets a chance,” Nazmul added. “We asked every national team member to inform us in what formats they prefer to play, and Mahmudullah told us he is up for every format.”

Nazmul also said he had personally contacted Mahmudullah recently to ask him about his plan for his Test career. Mahmudullah said he is all set to play Test and ready to bowl as well if the team needs him, BCB boss added.

The right-handed off-spinning allrounder had been an integral part of the Bangladesh national team in all formats of the game from 2009 to 2017. But he lost his place in the Test more than once in recent years.

Mahmudullah got his Test cap back in 2009 against West Indies. In the first Test of his career at Kingston, Mahmudullah bagged eight wickets with a five-for in the second innings, which his only five-wicket haul in Tests.

Including the ongoing Test, Mahmudullah played a total of 50 Tests for the Tigers and scored 1949 runs till the first innings of the Harare Test. He has 5 Test centuries under his belt.