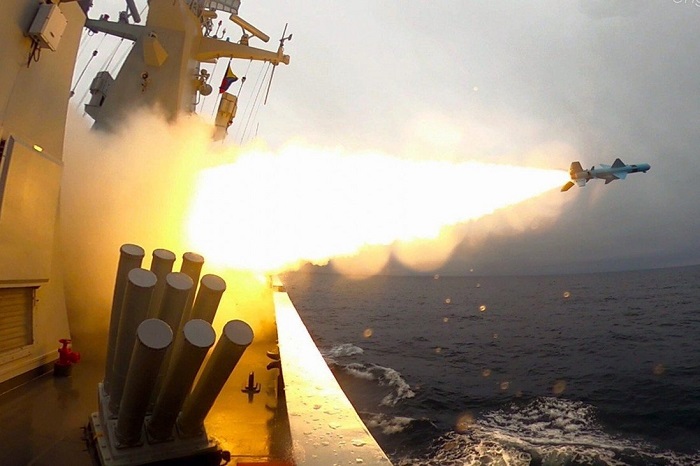 China is holding military drills in the Yellow Sea off its east coast for the next five days, according to a notice put out by the maritime safety authority and the

A no-go zone has been declared from Friday to Tuesday in an area spanning from southeast of Rongcheng in Shandong province down to waters near Lianyungang in Jiangsu.

The notice was issued two days after the maritime authority had said a “major military exercise” would be held in the same location and over the same period. That notice was removed from the authority’s website hours after being posted, without explanation.

Thursday’s notice did not say what the drills would involve but it was jointly issued by the PLA’s Unit 91208, which operates a fleet of missile boats in the Northern Theatre Command.

The small, fast warships are equipped with anti-ship missiles and can be used in a swarm to attack targets at sea. The Chinese navy’s missile boats are each armed with eight subsonic anti-ship missiles as well as a rapid-fire Gatling gun for aerial targets and firepower support.

While they are mainly used for coastal defence, the PLA has begun using them in more of an expeditionary role that could have strategic implications for the

In April, two Chinese Type 022 Houbei-class missile boats were reportedly involved in an incident near the Second Thomas Shoal, which is occupied by the Philippines and located in the disputed Spratly Islands in the South China Sea. A news crew from Philippine television network ABS-CBN said they were chased by the two warships as they reported on Chinese maritime activities in the disputed waters.

Meanwhile, two other parts of the Yellow Sea were cordoned off on Friday in anticipation of the remnants of a Chinese rocket plunging down, according to a separate notice from the Lianyungang maritime safety authority. The debris was expected to land in the sea some time between 12pm and 12am, and vessels are prohibited from entering the two zones. It was not clear whether the military activity in the area was related to the falling rocket debris.