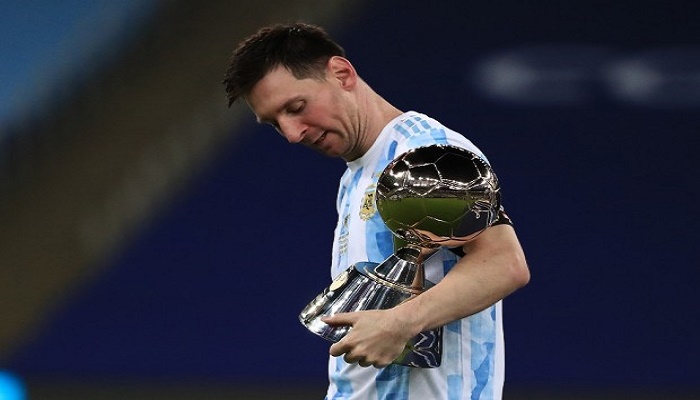 Argentina superstar Lionel Messi added two more big awards to his collection after his side won the Copa America in the early hours of Sunday morning.

Argentina ended a 28-year wait for a majory trophy after defeating their fierce rivals Brazil 1-0 in the final, with Angel di Maria getting the game's only goal.

While Di Maria picked up the Man of the Match award for the final, the former FC Barcelona superstar walked away with the big prizes on the night.

Messi was named Player of the Tournament for the second time in his career while he also won the Golden Boot accolade with four goals to his name.

Argentina head coach Lionel Scaloni revealed after the final that the five-time Ballon d'Or winner was not 100 percent fit for the encounter.

"If you knew the way that he played in the Copa America you’d love him even more,” Scaloni told reporters, as per Reuters.

“You can never do without a player like him, even when he is not fully fit like in this game and the previous one.”

“In the end he did not throw in the towel and he succeeded,” Scaloni said.

“We are talking about the best footballer of all time and everyone knew how important it was for him to win a title with the national team.”

“I have a relationship that is different than the (usual) coach-player relationship,” Scaloni added. “It’s closer. We greet each other, we hug each other, and I am eternally grateful to him and his team mates.”