When I started this write up many words came into my mind and I was a bit confused which would I choose to describe unstoppable masterchef contestant Kishwar Chowdhury. She is an incredible cook, proud mother of two, graphics designer and a great soul indeed. Kishwar’s father, a freedom fighter of Bangladesh left the country 50 years back and started to live in Australia. Though Kishwar was born and grew up in Australia, Bangladesh still has a special place in her heart.

From the very start to now, we can see how she is representing Bengali food to the world. The way she cooks and the memories attached to her cooking is really touchy. Anyone can taste the food before they taste it. I guess that is the ultimate success of her cooking. In the very beginning of masterchef episodes we can see that she cooked “Soupy Fish” where she said as a homecook it is her dream to write a cookbook about Bangladeshi food which will incorporate Australian vibe. This was the start. Later, she cooked many incredible dishes like Barramundi Tomato curry, Macher jhol, Kichuri, Rezala, Fuchka, Kulfi Malai, Charred Bonito, Crayfish Malaicurry, Kingfish Ceviche, Pink peppercorn Quail, Rubi Chicken . She is a versatile cook who is good at making Bangladeshi dishes as well as other dishes. But in Masterchef she mainly cooked Bengali foods just to represent her ancestors’ heritage. Kishwar once said that when she cooks Bengali foods, she gets a sense of pride. She not only presents fine dining from Bengali kitchen but also spicy snakes from the streets. She took Bengali popular street food platter to the international kitchen.

She made “Fuchka '' in the Masterchef kitchen. She also made Puran Dhaka’s Beef Petties there too. While describing the Beef petties she said that this food takes her straight into the heart of Chadnichowk in Dhaka. She cooked Bengali “Rezala '' which was being brought by the Mughal Nawabs who called Bengal as their home. She also cooked “Barrammudi Chicken” which represents the food culture of hill track districts of Bangladesh.This a Chicken curry which is made into the bamboos. She said to the judges that in her honeymoon she went to Bandarban the hill track district of Bangladesh where she fell for this kind of chicken curry. She got the inspiration of making Barramundi chicken from that visit. Kishwar said that while cooking she is inspired by the available ingredients. She lived in three continents: Asia, Europe & Australia. So travelling, places she had eaten in also inspired her. When she was in top-7, in one elimination round she cooked “ Khao soi '' a Burmese noodle using different condiments, lime, salted peanuts, chilies with soy sauce and fresh herbs. After testing the noodle Judge Jock Zonfrillo said that he went ahead to give Kishwar a dummy score of 11 out of 10. She made the judges spellbound many times by making mouth watering foods in her entire masterchef journey. After testing her “Khichuri” judges fall in love with it.The three judges: Andy Allen, Jock Zonfrillo and Melissa Leong said that they wish they could her kids so that they could eat amazing food daily. In one episode where all contestants went to Northern territory, in the middle of Australia they had to cook indigenous food. In that episode Kishwar cooked “Hariyali chicken” which received huge appreciation from the judges. Judge Andy Allen said that her food was full of celebration of indigenous ingredients as she could do justice to all the given ingredients. She also made “Kulfi” which she named “Persian Vanilla’’. This Kulfi represented the Mughal era of Bengal and that time's food culture. The way she visualised the Kulfi in her own style got a huge appreciation from the internet. Facebook, twitter, instagram all were flooded with good comments about her style of representation of Kulfi. This proof that she is not only a good cook but also has an artistic mind. In the whole master chef journey Kishwar had to go through many pressure tests, Mystery Box Challenges, immunity challenges, team challenges and cooking duels. She faced Curtis Stone’s Chicken and Beef test, Nick Holloways Testing, Huge Allen’s pressure test, Josh Niland’s fish testing, Dessert testing and so many. That means only making Bengali foods didn’t give her the place of top- 4. She is an all rounder in the kitchen who proves her cooking capacity in every episode. It is not easy to take compliments from judges that Kishwar’s cooking and representation of food in her own style made new nostalgic memories in their mind. These comments from the judges prove her dedication, passion for the foods she made.

Not going to lie, I started to watch and follow Masterchef Australia, season 13 just for Kishwar Chowdhury who is an immigrant Bangladeshi. But the more I watched the show, the more I fell for her personality, I fell for the way she talks with a calm voice, I fell for her memories attached to her foods, I fell for a struggling mom who is three months away from her children and controlled her emotions to prove her potential to the world.

Overall I fell for a great soul who upgraded her culinary skills with each episode.

When I got the news she is in the top-7 I was so happy that I cried. I went to my sister's room, hugged her and gave the news. She said to me” It's great news but why are you crying?” I don’t know why I cried but every time the judges appreciated her dishes, they pronounced the word Bengali food and it gave me goosebumps. It fills my eyes with tears. I'll always be grateful to Kishwar Chowdhury for representing Bangladesh, our cuisine and giving us awesome feelings like this.

In a one hour episode we cannot see all the pictures of the whole journey, the struggles of the contestants. I heard that many people criticized Kishwar for being emotional in the show. I have a question for those people: Do they ever stay anywhere with huge pressure tests for more than 3 months without their family? Kishwar is a mom. A proud mom so she can feel emotional while she is away from her kids for a long time. And another truth is that when we get appreciation from our dreamt persons it makes us happy. It brings tears to our face. This is the tears of joy and victory.

When this write up will be published, we all will know who is winner already. But in my eyes she is the winner. I guess it’s not only me, all Bangladeshis home and abroad would agree with me. She proved the phrase “Slow and steady wins the race” by her steadiness in the entire masterchef journey. Even though she cut her finger badly in Curtis Stone's chicken testing she didn’t give up cooking. She continued it and made herself safe by an awesome dish. I would like to Thank Kishwar, she who helped us to dream big and continue development. She, who taught us how someone can talk so nicely. She, who showed us food can be served as fabric with heritage, taste and culture. She, who showed us food isn’t only food; it is all about memories and feelings. She is our inspiration, our hero and she is the crown jewel of Bangladesh as well as Bengali food history.

(The writer is student of University of Dhaka) 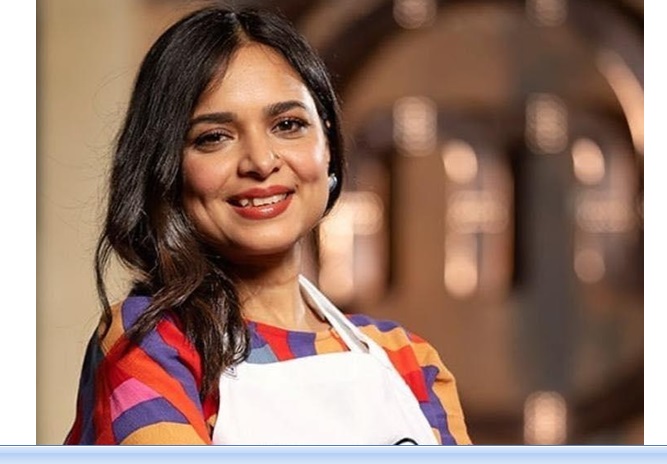