None to hear agonies of domestic helps !

Many domestic workers are still falling victims to different types of violence, including killing, rape and physical torture, across the country though the government formulated a policy to protect their rights.

As the incidents of housemaid abuse are taking place frequently, rights activists have blamed culture of impunity, settlement of the cases in exchange of money, influence by the powerful employers of the workers in trial process and lack of vigilance by law enforcement agencies for such violence.

The Domestic Workers Protection and Welfare Policy, 2015, formulated by the government, has some specific provisions to ensure physical and mental welfare of domestic helps, good behaviour from employers, regular payment of their wages and alimony as well as granting sufficient vacations.

But most of the employers are not aware of the policy, depriving the domestic workers of their rights.

The government formed several committees under the ministries concerned to monitor the child labour issues but the committees are now almost inactive as no meeting is held for a long time.

Bangladesh National Woman Lawyers Association President Salma Ali told the Daily Sun that the incidents of housemaid abuse are increasing alarmingly amid the Covid-19 pandemic, causing a great concern in the society.

She said, “Now, the families are facing various problems like job loss or husband and wife’s involvement in extra marital affairs which is creating unrest among the families and leading to domestic worker abuse.”

Salma Ali, also co-chair of Child Labour Monitoring Cell of Ministry of Labour and Employment, also said the culprits behind the housemaid abuses go unpunished as most of the time, family of these victims settle the cases in exchange of money or out of fear.

“The employers of these workers are very powerful, so they influence the trial process. The trial in the cases filed over the murder or torture of domestic workers has not been completed.”

Law enforcement agencies will have to increase vigilance in this regard while taking preventive measures to curb domestic help abuse, Salma Ali said.

According to the statistics of Ain O Salish Kendra (ASK), a total of 18 house helps have been tortured from January to May this year while eight domestic workers have died during the period.

Meanwhile, the official data of the human rights organisation Bangladesh Mahila Parishad shows that a total of 329 domestic workers were killed between January 2010 and December 2020.

Apart from this, a total of 100 domestic helps were forced to commit suicide while 570 others became victims of torture during the same period.

Sweety, a 12-year-old girl from a disadvantaged family in Kishoreganj’s Mithamoin Upazila, was appointed as domestic worker at a house in the capital’s Segunbagicha nine month ago.

The monthly salary was fixed at only Tk 3,000 for her. But -- Tanvir Ahsan and his wife advocate Nahid Jahan Akhi -- who employed the girl used to torture her over trivial matter. The couple paid only Tk 6,000 as salary for the first two months but they did not pay any money for the next seven months. The couple used to torture Sweety while they also did not give her any scope to meet or talk to her family over phone.

Being informed, police on Saturday rescued Sweety who has several injury marks from the house and they found that the girl has bruises, including on her face and burn wounds on her hip.

After rescue, Sweety was admitted to Dhaka Medical College Hospital (DMCH) for treatment and police also detained the couple -- Tanvir Ahsan and his wife Advocate Nahid Jahan Akhi -- in connection with the incident.

Shahbagh Police Station’s Sub-inspector Jahangir Hossain, also investigating officer of the case, said that the couple on the morning of July 1 brutally tortured the girl.

On the same night, the accused took off clothes of the girl from her body, tied her hands and gave her electric shock through electric mosquito bat.

The IO in the petition also told the court that the couple hit the housemaid on her knees, legs, back, hands and on the left eye with a kitchen appliance while they also applied pepper to her eyes and secret parts of her body.

The tale of domestic help Sweety is one of the examples from thousands of such incidents which are taking place across the country.

The right organisation said this was not an isolated incident as such incidents are happening one after another. Although some perpetrators were detained, they remained unpunished. They manage to evade punishment by either misusing power or due to legal loophole.

Talking to the correspondent, National Domestic Women Workers Union General Secretary Murshida Aktar said the incidents of domestic workers torturing are taking places due to the absence of specific law in this regard.

She also demanded immediate formulation of law on the basis of the “The Domestic Workers Protection and Welfare Policy, 2015” to curb the domestic worker abuse. 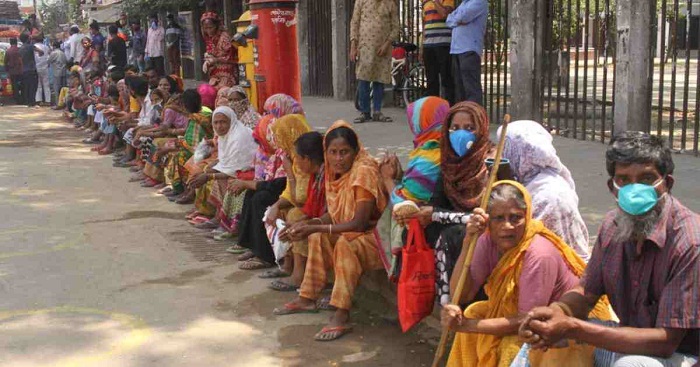 The shadow of coronavirus on Bangladesh’s poor 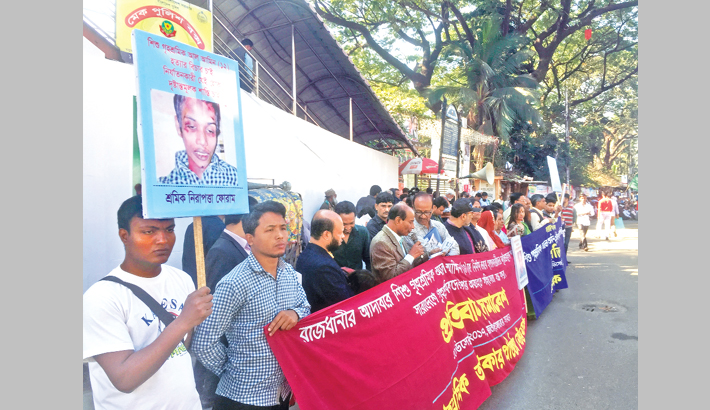 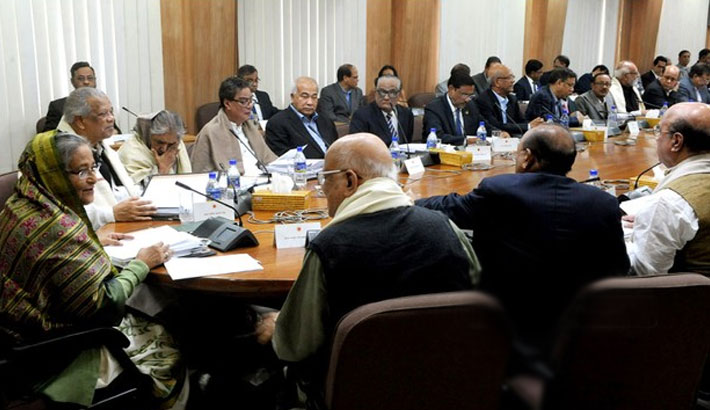 Domestic helps to get maternity leave