Copa America 2021 and UEFA Euro 2020 Finals: Anything can happen in finals: Imrul 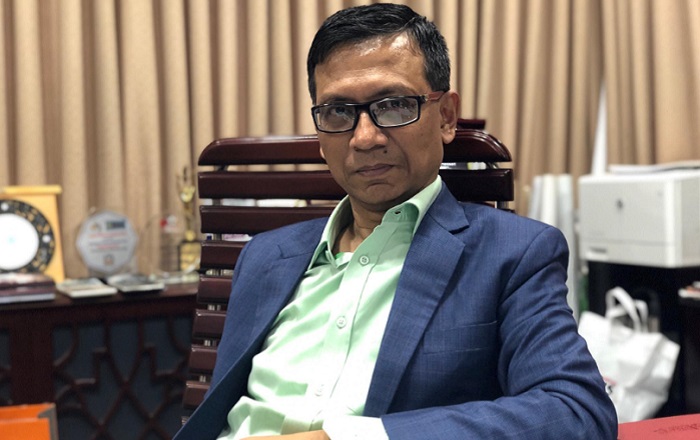 Despite facing a hard time due to the Covid-19 and countrywide lockdown, Bangladesh is also swaying with excitement and waiting for Copa America 2021 and UEFA Euro 2021 finals.

Along with the incredible mass support for the finalist teams, the veteran football organizers and young players are desperately looking for these two games.

Imrul Hassan, one of the country's veteran sports organizers and president of Bashundhara Kings, who is a big fan of Latin football, also shared his observations on the teams and predicted the results for both the finals.

Lionel Messi’s Argentina will take on their nemesis Brazil in the Copa America final on Sunday and they will be eyeing to win their first major trophy since 1993.

Imrul, who is a Brazil fan, found it difficult to predict the outcome of the match although he said he also wanted to see Messi winning something as he failed to win any senior-level tournaments with Argentina.

“It is really tough to predict Copa America final. It is even harder for a Latin football fan like me, who loves both teams. Anything can happen here,” Imrul told The Daily Sun on Friday.

“I was a Brazil fan a long time ago. But now I also like Argentina especially their present team. If Brazil win, I will be happy. Again I also want Messi to win a trophy,” he added.

Imrul, however, put Brazil ahead of Argentina on their recent performances.

“I think Brazil are ahead of Argentina in some aspects. They have a bunch of young and enthusiastic players and they have a tough defensive side.

Imrul predicted that England would be favourites against Italy in the UEFA EURO 2020 final as the English have a balanced team and they will also get home advantage.

England only conceded one goal on their way to EURO 2020 final with both Harry Kane and Raheem Sterling are in good form.

“England are a balanced team, they have a strong attacking side and hard defence line. They are able to score from the counter-attacks.

“Harry Kane, Raheem Sterling, Pickford have been performing well in the competition. I'm not an English fan and I am a supporter of France among European teams.

“However, I think Italy are too defensive, they mainly concentrate on defence. They traditionally take this approach, I don’t like this type of playing,” said the Kings president.