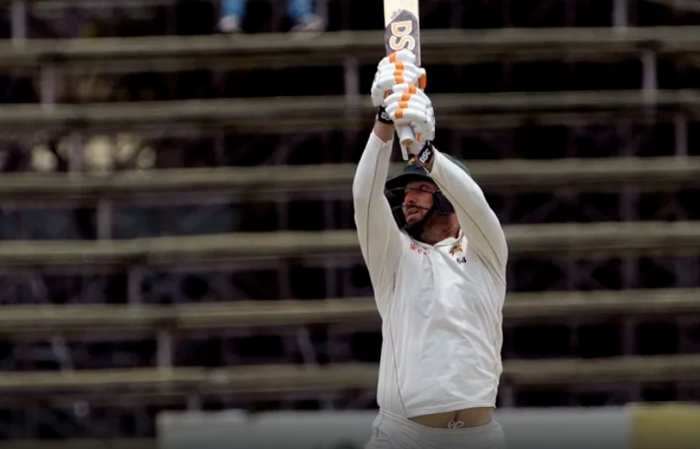 Zimbabwe batsmen came up with a stubborn batting performance to deny Bangladesh taking the control over the one-off Test at Harare Sports Club today.

Stand-in captain Brendan Taylor led the way with a solid 81 off 92, hitting 12 fours and one six.

At the first interval of day three, Zimbabwe reached 209-2 with opener Takudzwanashe Kaitano batting on 63.  Dion Myers, another debutant like Kaitano was in the crease with him with 21.

Zimbabwe are now trailing by 259 runs as Bangladesh compiled 468 in their first innings, thanks to Mahmudullah Riyad’s career-best 150 not out.

With Bangladesh searching for a wicket early in the morning session, Taylor and Kaitano frustrated the visitor with different approaches to batting.

While Taylor batted fluently and dominated the bowlers, Kaitano remained cautious to go after the bowlers. Their strategy of caution and aggression served them well in the morning session as they resumed the day on 114-1.

Bangladesh bowlers, however, also couldn’t sustain a pressure for a longer period, which was imperative in a wicket that offered little for the bowlers.

However, Bangladesh were lucky to have the wicket of Taylor who after playing excellently, threw away his wicket with a wretched shot.

Taylor’s dismissal off Mehidy Hasan Miraz bowling brought an end to the 115-run partnership between him and Kaitano.

As there was a glimmer of hope to take the control, Kaitano’s solid approach, coupled with fellow debutant Myers aggressive batting further kept Bangladesh at bay.

Myers hit one four and one six already for his 21 off 27 while Kaitano played 200 balls for his 63, which included eight fours.