2 die as auto crashes into parked truck on Rajshahi highway 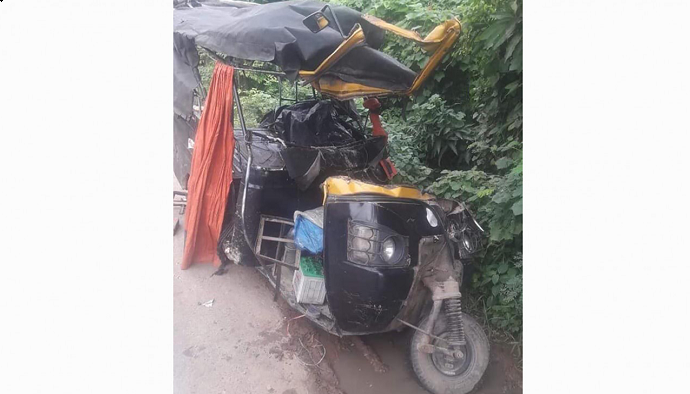 Two persons were killed after an auto-rickshaw crashed into a truck parked along the Rajshahi-Chapainawabganj highway in Godagari upazila early on Friday morning, police said.

The deceased were identified as Selim, 35, the auto-rickshaw driver, and the other occupant of the three-wheeler, Madhab Haoladar, 40, a dairy farmer.

Officer-in-Charge of Godagari model police station, Kamrul Islam said that the speeding auto-rickshaw hit the stationary truck in the Gopalpurbazar area around 5am, leaving the two seriously injured.

Both were rushed to the upazila health complex, where Selim was declared dead on arrival. "Madhab was shifted to Rajshahi Medical College and Hospital, where he succumbed to his injuries," said the OC.

The truck and auto-rickshaw have been seized, he added.