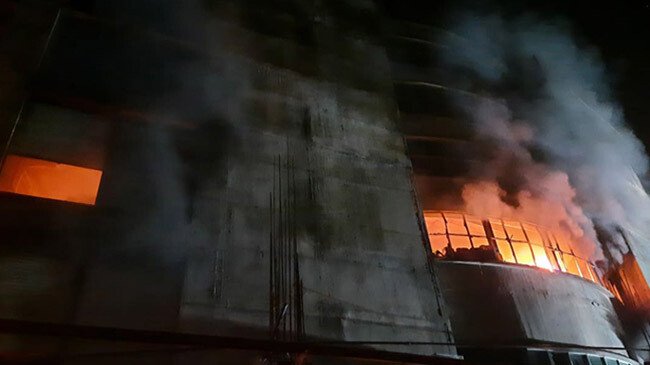 At least 50 people were killed as a massive fire broke out at Shezan Juice Factory of Hashem Foods Ltd in Bhulta Karnagop area of Rupganj in Narayanganj on Thursday.

Fire service confirmed the death toll. And there is apprehension that the death toll may increase further, according to media report.

Immediately after the incident, two deceased were identified as factory workers Mina Akhter, 40, and Shapna Rani.

Duty officer of the fire service control room Kamrul Ahsan informed that the fire broke out at the 7-storey building around 5:00pm on Thursday and 18 units of firefighters were still struggling to contain it.