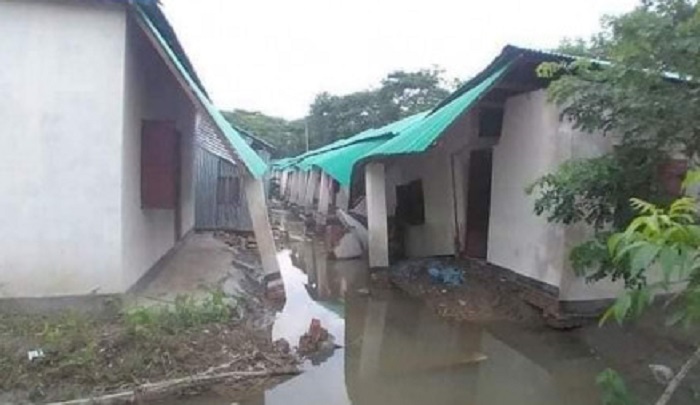 A sense of fear has gripped officials of local administration, including Upazila Nirbahi Officers (UNOs), Assistant Commissioners (land), Project Implementation Officers (PIOs) and upazila engineers, as the government has taken a hard line on irregularities in Ashrayan Project.

Sources said action will be taken against nearly 200 persons, including UP chairmen, UNOs and ACs (land), for their alleged involvement in irregularities in the housing project for the homeless people.

“We are in fear as the government has started taking action against field-level officers without unearthing the real matters behind the debacle of the dream project of the prime minister,” said a UNO wishing not to be named.

The UNOs have also blamed high officials for creating huge pressure on them to complete the project work hurriedly.

Prime Minister Sheikh Hasina has already expressed her anger over the anomalies and negligence of duty in Ashrayan Project.

Apart from forming probe committees led by Deputy Commissioners (DCs), the Prime Minister’s Office (PMO) is also investigating the irregularities in the project.

Road Transport and Bridges Minister Obaidul Quader warned on Thursday that people involved in the irregularities and negligence of work in constructing houses for homeless would not be spared.

Talking to the Daily Sun, some UNOs of different upazilas said the rest of the construction work might be hampered as they are in fear.

Even they have blamed high officials of the administration as they continuously hammered them to construct houses hurriedly, which put a negative impact on the construction work.

“The high officials even threatened us with actions if we fail to build houses within 15 days, but nobody knows it,” a UNO said, wishing not to be named.

Besides this, they alleged the costs of the construction work are insufficient alongside faults in the design of the houses.

Most of the khas land belongs to low-lying areas that have also been resulted in cracks on wall and floor collapse as most of the lands were filled by soil and sand hurriedly.

But the high officials did not take it into cognisance, a UNO said.

“As it is not possible to construct house within the budget, that’s why we have to manage fund from different sources. Some lawmakers of the ruling party have extended their support to fulfil it,” a UNO said.

Raising questions over giving the responsibilities for constructing houses to UNOs without conducting a feasibility study, they said why such responsibilities of technical jobs were given to UNOs though it was the work of engineers?

The UNOs have called for action against the project director as he is also responsible for the project work for the homeless and landless people.

Project Director of Ashrayan Project-2 Mahbub Hossain told the Daily Sun that they don’t make UNO or AC (land) as target, but all the members have to face the music if they are found involved in the irregularities and do negligence of duty.

The government built a total of 118,380 houses as Prime Minister Sheikh Hasina’s gift for the homeless, marking the Mujib Year, the birth centenary of Father of the Nation Bangabandhu Sheikh Mujibur Rahman.

Following the prime minister’s announcement that no one will remain homeless in the Mujib Year, the government made lists of over 885,000 homeless families and took the steps to change their lives.