The moribund industrial growth in Balochistan 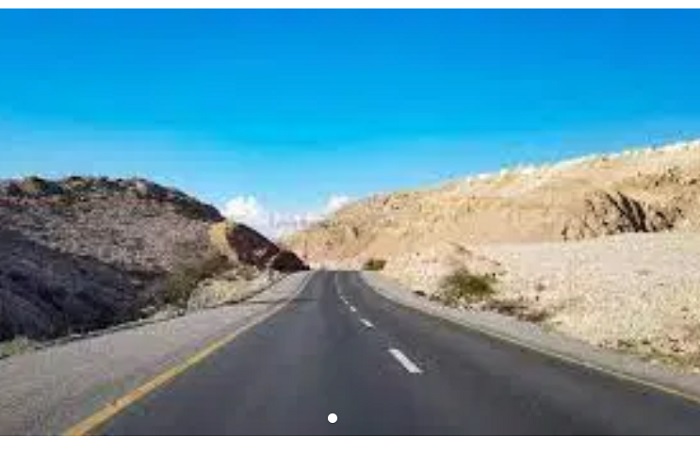 Balochistan’s economy is mainly dependent on livestock and agriculture. The Government is also a big employer, but it has now reached the saturation level, and extra employment is a real concern. The non-development expenditure of the Government is ballooning, and if this situation persists for some years to come, then no money will be left for development.

Though the mining sector has attracted some foreign investment exclusively from China, it is still not a big success story for Balochistan. A fair analysis of Saindak and Dudder projects will not bring a good taste for the people of Balochistan.

The industrial sector is mostly concentrated in only one Tehsil Hub of District Lasbella. It gained the attention and attraction of the local investors due to its close proximity to Karachi, low cost of industrial plots, better security situation, and the virgin coastal area. The renowned industrialists have established big companies of the refinery, pow-er plant, and cement, but all these companies have their corporate head offices in Karachi or Islamabad, thereby contributing nothing to the province’s revenue generation indicator.

Some small-scale industries are functioning in the industrial estate Quetta, but the development is moribund, and no new factory has been established for quite some time. The new investment is jittery due to the lack of incentives, a lukewarm attitude of the Government towards investment, and above all, the security situation.

In 2017, Enertec Company (a subsidiary of Kuwait Investment Company) decided to establish two solar power plants of 50 MW each in Quetta and Bostan. It got the generation license and tariff from NEPRA, which was the lowest in Pakistan, but then things struck up at the federal level, and the fate of the project is still hanging. Sadly, our political leadership is busier on the social media front for the projection and has no time to pursue such projects, which can bring long-term financial benefit and employment opportunities for the people of the impoverished province.

The reality is somewhat bitter, and expecting a sudden revolutionary change in the life of poor Balochistani will be like daydreaming. During Nawaz Sharif Government, USD 46 Billion projects were launched under the CPEC umbrella. Balochistan’s share was approximately USD 3 billion for the development of Gawadar and about USD 1.5 billion private investment for the establishment of the Hub power plant. The rest of Balochistan was left without any constructive development plan but given many assurances with false promises.

The people of Balochistan do not consider the development of the Gawader and the establishment of the Hubco power plant to their great benefit. The improvement in the infrastructure of Gawader is the compulsion of the Federal Government because, without Gawader, there will no Chinese interest and ultimately no CPEC. There is also a sense of significant demographic change, which may turn the locals into a minority. The Hubco project created some menial jobs for the locals of the area, but no significant economic and social change occurred.

The parliament passed the Special Economic Zones Act in 2012 to encourage investors for the establishment of industrial infrastructure in the country. Since then, only two SEZs at Hub and Bostan were announced in Baloc-histan. The ruling elite in Balochistan thinks that the establishments of SEZs are the responsibility of the Federal Government, and any allocation in the prov-incial PSDP will be a sin. Then one can well imagine the pace of development in the SEZs of Balochistan. The Hub SEZ total cost is 2287.844 Million, the expenditure was only 22.400 million, and this year’s allocation is 300 Million. Guess the completion time with such meager funding. This SEZ is located in the constituency of Chief Minister Balochistan. The situation of Bostan SEZ is even worse, where 70% of the land has already encroached. The only achievement of the Balochistan Government is the registration of SEZ Company in the SECP which is only a just maximum of three-day work. SECP has enrolled 2,513 new companies in one month of March 2021.

Rashakai SEZ Nowshehra and Allama Iqbal industrial city Faisalabad SEZ started during the current regime and are ready in Balochistan SEZ are more on Twitter than on the ground.

Finance Minister Shoukat Tarin, in his budget speech, proudly announced 600 billion infrastructure development schemes for southern Balochistan but allocated 20 billion in the current year, which is merely 3.5% of the estimated budget. With this quantum of allocation, the schemes will complete in decades. The decision-makers have to realize the truth that extreme inequality will hurt us all.