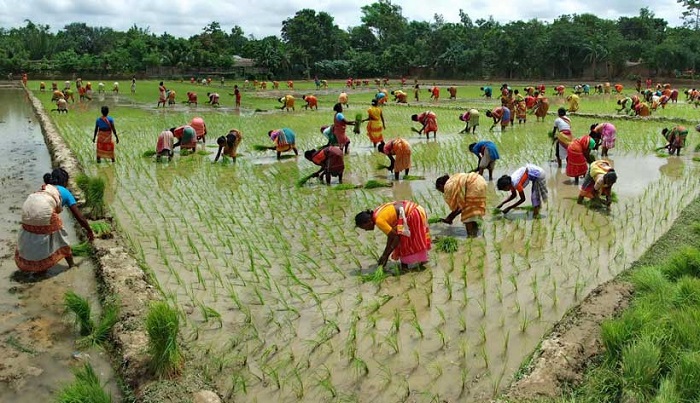 The severe health and economic impacts of the COVID-19 pandemic have disrupted food systems and upended livelihoods in South Asia, but it has also led to policies aimed at building resilient food systems,  according to the 2021 Global Food Policy Report.

“The pandemic responses have demonstrated the power of well-crafted policies to blunt the impact of major shocks while laying the groundwork for stronger, more resilient food systems,” said the report released on Thursday.

Policy makers and thought leaders shared their perspectives on COVID-19’s impacts on food systems and discussed the lessons the report draws from the current crisis, an IFPRI press release said.

“We have known for a while now that there are major problems with our food systems, that they are unequal and unsustainable,” said Johan Swinnen, director general of IFPRI. “This crisis has revealed these problems in a way that none of us can ignore, but it has also demonstrated that we have effective ways to address these problems”.

On the Covid-induced lockdown, the report said ,“Although the lockdowns helped in containing the infection rates, they created bigger shocks to national economies than the pandemic itself.”

It added that “To mitigate the impacts on the economy governments enacted a wide range of policies aimed at saving lives, protecting livelihoods and stimulating economies.”

The report highlighted that the countries in the South Asian region did much better than the expert predictions in terms of economic performance, food price stabilization, and protecting livelihoods.

“However, the report also cautioned that there’s no room for complacency, which unfortunately turned out to be true during the second wave that overwhelmed health systems and significantly disrupted livelihoods”, said Shahidur Rashid, Director- IFPRI, South Asia.

Rashid cautioned that the region is still reeling under the devastating impact of the second wave, “While vaccinations have been ramped up and the caseloads have slowly declined, there are uncertainties as to how things will play out in the region for agriculture and food systems”.

The report underscores that the pandemic has revealed both resilience and vulnerabilities in South Asian food systems. Across the region, the agriculture sector grew, food prices remained relatively stable, and no food security crisis was reported during the first wave.

This resilience can largely be attributed to the region’s decades of investments in infrastructure and institutions for social transfers and safety nets programs, as well as the expansion of many of these programs. Surveys conducted by IFPRI found that public transfer systems for food, security, health, and nutrition have largely performed well in the region.

Giving examples the report said Bangladesh government increased the social protection budget from 2.9 per cent of national GDP in 2019-20 to 3.01 per cent in response to the pandemic.