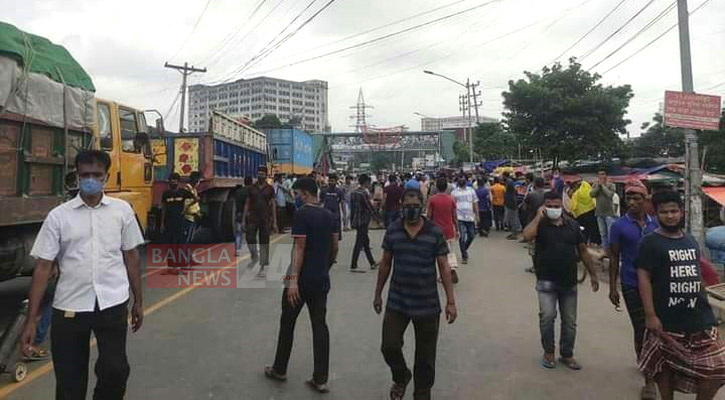 Garment workers blocked the Dhaka-Sylhet and Dhaka-Chattogram highways at Kanchpur in Sonargaon upazila of Narayanganj district on Thursday, demanding that their outstanding salaries be cleared immediately.

Police and witnesses said several hundred workers from Opex and Sinha Group took to the highways around 9:30 am and staged sit-ins there, disrupting traffic.

The workers said they did not receive their salaries for the last 4-5 months and the authorities concerned have shut down factories without any prior notice.

Besides, they claimed, they did not receive their Eid bonus during Eid-ul-Fitr either.

However, a 12-km long tailback has been created on the two major highways till filing of the report 2 pm on Thursday, causing immense sufferings to passengers.

Hafizur Rahman, officer-in-charge of Sonargaon Police Station, said, “Efforts are on to solve the problem and clear the highways.”