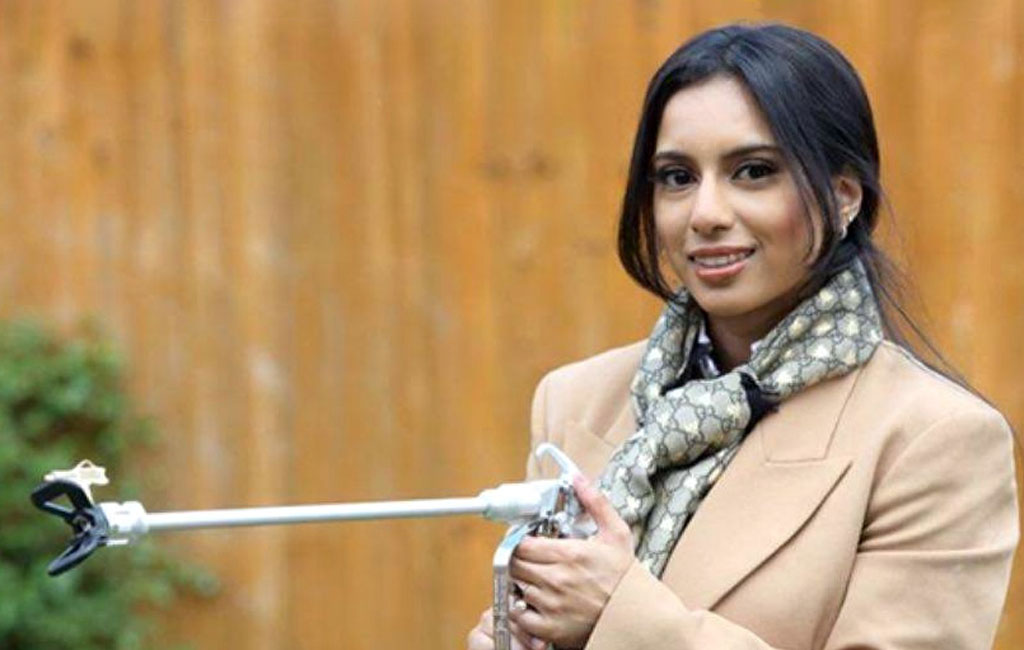 The invention of a 25-year-old British-Bangladeshi woman has grabbed the attention of the world.

Sadia Khanam has, in fact, developed an antiseptic spray -- 'Voltic' -- against Covid-19, as the world is still grapplingto contain the second outbreak of the pandemic.

‘Voltic’ can kill all kinds of pathogens (viruses, bacteria, fungi etc) on any surface. Spraying just once can make a place free of coronavirus for a fortnight, according to the young inventor whose family migrated to the UK from Sylhet in the 1960s.

Hospitals in the UK say the spray is 100% effective in killing coronavirus. Moreover, using this spray can help reduce the cleaning cost of hospitals by about 70%.

Sadia made the invention while working at a restaurant in the UK. It took her a good 14 months to develop the special spray, with a little technical help from Colin Heigan, a senior scientist based in that country.

Sadia has already received orders worth more than $10 million.

The National Health Service in the UK has been successful in using this spray experimentally at various hospitals and care homes across the country. This spray is also being used at NASA labs.

Sadia has already got orders for her 'Voltic' spray from as many as 13 countries around the world. The spray can be used in medical equipment, hotels, motels, restaurants, aircraft and nuclear stations.

Sadia's father Kabir Ahmed is a proud man now. "There is nothing more joyous than we can help people around the world with this discovery of my daughter," he says.

Sadia's family lives in Chester, UK. Her father Kabir Ahmed is a restaurateur. Her grandfather Azmat Ali migrated to the United Kingdom way back in 1964.

From an early age she became interested in science. But her father first admitted her to the local Blackburn Madrasa.

He wanted his daughter's education to start with lessons on religion.

From Blackburn Madrasa, she successfully passed GCSE, along with Alima course. She went on to study at Holy Cross Sixth Form College, Manchester, and eventually earn a Masters in Genetics from Chester University. She is currently pursuing a PhD.