Tigers regret for no DRS 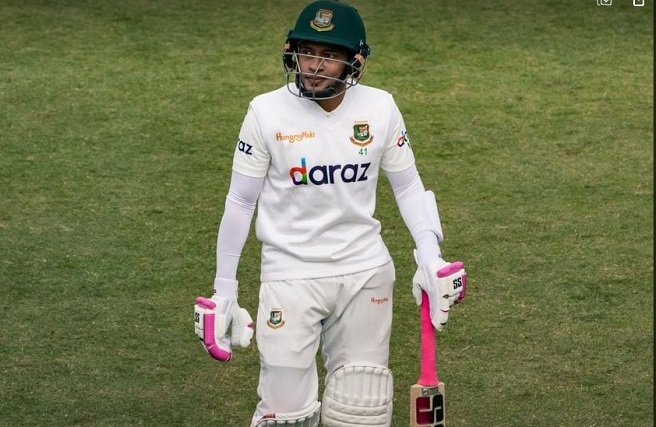 Bangladesh batting consultant Ashwell Prince did not shied away from expressing his disappointment for no DRS in ongoing Test series against Zimbabwe as he felt Mushfiqur Rahim was unlucky due to it.

Bangladesh Cricket Board official confirmed Daily Sun on Wednesday that there was no DRS in the ongoing series as Zimbabwean Cricket failed to arrange it.

Mushfiqur was trapped in front by Blessing Muzarabani though the TV replay suggested the ball was going over the stump.

‘’I feel Mushy’s dismissal was a big one for the team at a crucial time. Some of us felt maybe it was a bit on the high side. It was a close call, could have gone either way,’’ Prince told reporters at the end of first day’s play.

The South African added that he was impressed with the way tourist made a comeback despite being on the back on two occasions.

‘’I think we showed some good fight in the day’s play. Obviously losing two wickets this morning was tough for the team. But then we had a nice partnership with the captain and Shadman putting on 60-odd,’’ said Prince.

“We lost another quick one after that, and then we had a brilliant partnership between Liton Das and Mahmudullah. I think we showed some great fight in two periods of the day’s play. 8-2 this morning and 132-6,’’ he said adding that skipper Mominul Haque impressed him with his batting, who scored 70 runs.

“I felt captain was very composed in the way that he played the situation. The team had lost some early wickets. It was a crucial period for us. He really was calm. It gives a lot of confidence to the dressing room. His positions were very strong on the crease. He was comfortable at the crease. He is an experienced player, a very good Test player,’’ he said.

Ashwell also praised Mahmudullah, who is making a comeback after 18 months in Test cricket for complimenting Liton, who score 95 runs.

“Mahmudullah played a really crucial innings for the team. He was the perfect person for that job at the time. He and Liton Das really complemented one another really nicely. He was watchful, and Liton maneuvered the ball around. At 132-6, it was a big partnership for the team,’’ he said.

“Ideal scenario for Bangladesh would be for the No 10 and 11 to provide support to the one out-and-out batsman at the crease, Mahmudullah. Nobody knows how much a good score is, until both teams have batted on the pitch. So we can’t take for granted that anything between 290-320 is a good score. The best situation for Bangladesh would be to get as many runs we can get,’’ he concluded.