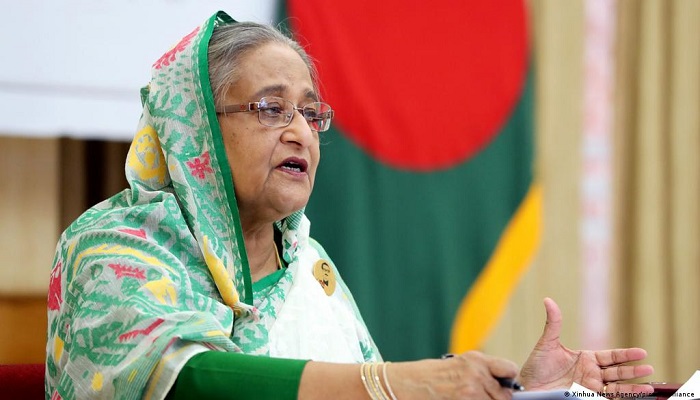 Heads of state and government, G20 and major International Financial Institutions, including Secretary General of the United Nations Antonio Guterres will join the summit scheduled to be held from 7.30-9.50pm.

Finance Minister AHM Mustafa Kamal, Chair of the V20, made the announcement at a virtual briefing on Wednesday saying the Summit is poised to become one of the most crucial and eminent platforms for decisive climate action in the lead up to COP26 Glasgow.

Formed in 2015, the V20 Group of Finance Ministers is a dedicated cooperation initiative of economies systematically vulnerable to climate change.

At present, the Vulnerable 20 (V20) membership extends to 48 countries.

The V20 represents the economies of a collective 1.2 billion people with some of the consistently highest growth rates in the world yet facing existential threats from growing perils of climate change.

Collectively, V20 countries seek a transformational approach to global economic activities anchored in keeping global warming to below 1.5 degree Celsius while simultaneously maintaining the growth trajectory of the world economy.

In close cooperation with the United Nations, international financial institutions and key development partners, the dialogue will shape globally cooperative responses on a global magnitude in order to ensure fast-tracked efforts in building resilience.

Then Bangladesh Finance Minister and V20 Chair Mustafa Kamal said, “In this summit, there will be a high-level roundtable dialogue of the Ministers of Finance and representatives of V20 with key partner governments from the G7, G20 and international finance and development partners.”

He also said the summit outcome ‘Communique to articulate’ will be the core priorities and initiatives of the V20 member economies following the G7 Summit and ahead of the G20 Climate & Energy Joint Ministerial and G20 Summits which represent a key interval on the road to COP26 in Glasgow.