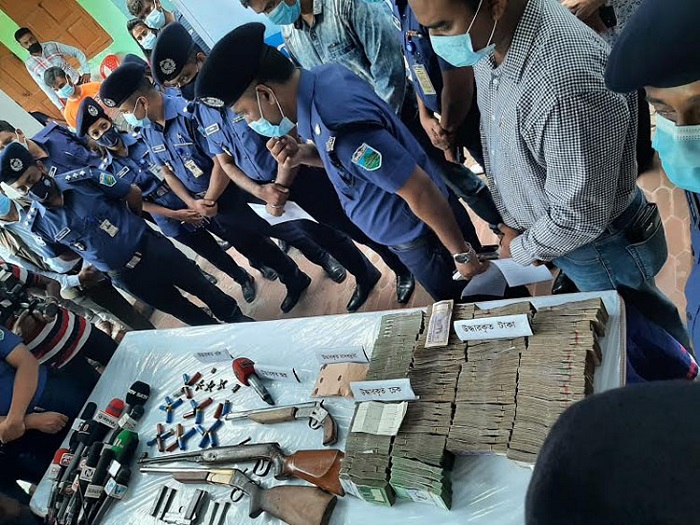 Police recovered  four firearms, drugs and Taka 94.98 lakh cash from the residence of Arani Pourashava Mayor Muktar Ali and arrested three persons, including his wife, under Bagha Upazila in the district early this morning.

Ifte Khayer Alam, Additional Superintendent of Police, told BSS that police conducted an overnight raid at his residence and recovered the firearms, including a foreign-made pistol, 43 round of bullet, 20 pieces of yaba tablets, 10 grams of ganja, 0.7 grams of heroin and huge amount of cash money.

He said that police arrested his wife Jeshmin Akter and two nephews, Shanta Islam and Sohan Ali, from the house.

Efforts are on to bring him to book as early as possible, said the police officer, adding that a number of criminal cases remain pending against him with Bagha Police Station.