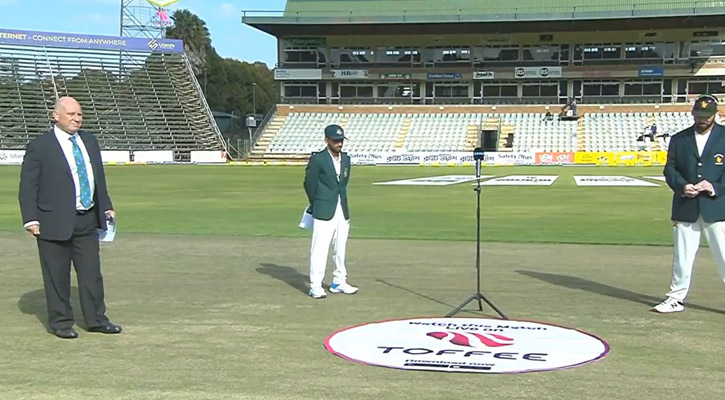 Bangladesh won the toss and opted to bat first in the one-off Test against Zimbabwe at the Harare Sports Club on Wednesday.

Tamim Iqbal, the left-handed opener, has been overlooked in this match due to a leg injury. Shadman Islam and Saif Hassan are to open for the Tigers.

Mahmudullah Riyad, the right-handed opener, is back in the playing XI after the Rawalpindi Test in 2020.

Shakib Al Hasan, who was out of the Test team in the Sri Lanka series, also made a comeback to the Test side.

Meanwhile, the veteran wicketkeeper-batsman, Brendan Taylor, will lead Zimbabwe in this match as the regular Test captain Sean Williams is not available. He went to self-isolation after he came in contact with a family member who tested positive for Covid-19.

After the one-off Test, both the teams will lock horns in three ODIs and as many T20Is. All the matches will be played at the Harare Sports Club. While the ODIs will take place on July 16, 18, and 20, the T20Is will be played on July 23, 25, and 27, respectively.

Bangladesh’s last Zimbabwe tour was in 2013 when the Tigers ended up the series in a draw winning one of the two-match series.

Overall, Bangladesh and Zimbabwe took each other in nine Test series. Of them, Zimbabwe won four and Bangladesh came up victorious in three, while the other two ended up in a draw each.