US left Bagram Airbase at night with no notice 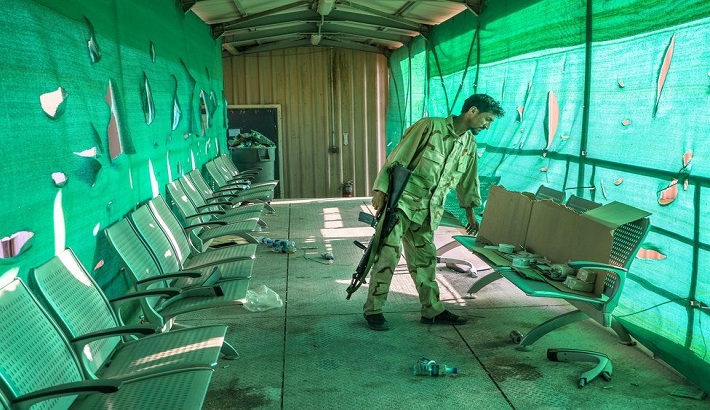 The US military left Bagram Airfield - its key base in Afghanistan - in the dead of night without notifying the Afghans, the base's new commander said.

General Asadullah Kohistani said that the US left Bagram at 03:00 local time on Friday, and that the Afghan military found out hours later.

Bagram also contains a prison, and there are reportedly up to 5,000 Taliban prisoners left in the facility.

The Taliban have been advancing rapidly in Afghanistan as US troops withdraw.

Speaking to reporters at the airbase, he said he was already receiving reports the group was making "movements in rural areas" nearby.

The US announced on Friday that it had vacated Bagram, effectively completing its military campaign in Afghanistan ahead of the official end date of 11 September, announced by President Joe Biden earlier this year.