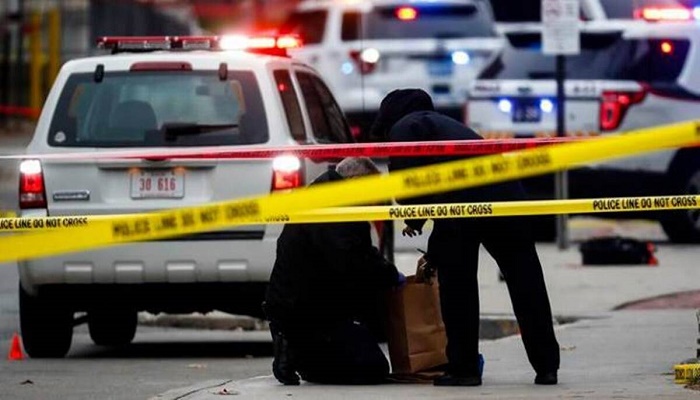 Three men were killed and two others injured in a Fourth of July shooting in a Dallas neighbourhood, police said.

Dallas police said they don’t yet have any suspects identified in the shooting late Sunday night. Police say the motive and circumstances around the shooting are being investigated.

KXAS-TV reports that a street in the neighbourhood on Monday was littered with markers as police counted bullet casings. A vehicle in the middle of the road was riddled with bullet holes.

Police said that upon arrival, officers found five people who had been shot. They were all taken to hospitals, where three of them where pronounced dead.

Police say the victims names will not be released until their families have been notified.

Early Sunday morning, eight people were injured in a shooting in nearby Fort Worth. Police in Fort Worth say someone began shooting toward groups of people near a car wash and multiple people returned fire