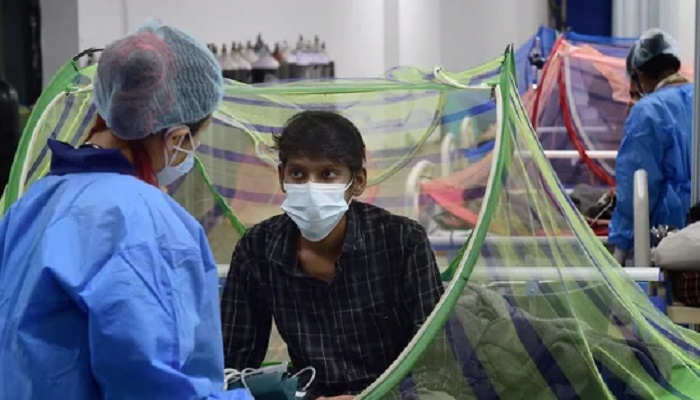 India’s caseload of the coronavirus disease (Covid-19) climbed to 30,619,932 on Tuesday, after 34,703 cases were reported in the last 24 hours, according to the Union health ministry’s update at 8 am. Tuesday's cases have been the lowest since March 18 this year, when 35,781 infections were recorded.

As many as 553 succumbed to the viral disease while 51,864 recovered in the last 24 hours, taking the death toll and total recoveries to 403,281 and 29,752,294 respectively. This is the 54th consecutive day where the daily recoveries are greater than the new cases.

The active cases in the country have further declined to 464,357 and constitute 1.58 per cent of the caseload.

As India continues to battle the second wave of the pandemic, which had taken its worst shape in April and early May this year, a report by the State Bank of India stated the third wave is expected to hit the country by August and it will reach its peak in September. The report named “Covid-19: the race to finishing line,” added its projections were based “historical trends.”

The daily cases have not spiked since May 7 and many states and Union Territories (UTs) have started easing lockdown-like restrictions allowing a majority of commercial and economic activities to resume by following Covid appropriate behaviour.

However, it has been observed that people are still flouting Covid-related protocols such as social distancing and wearing of masks which aggravates the risk of daily cases spiking again.

In the national capital Delhi, as the unlock phase progressed, scores of customers have been rushing to prominent market areas for shopping, which prompted government authorities to order their temporary closure. Traders and shopkeepers have been urged to ensure all Covid-19 guidelines are strictly followed. But the traders’ body has pointed out that it is impossible to control crowds outside shops and the responsibility of controlling them lies with the administration.

Similar scenes were witnessed Himachal Pradesh’s tourist town Manali. Tourists, majority of them without masks, thronged the streets in Manali with netizens pointing out on social media that the country might go back to the situation of “No beds available in hospitals.”