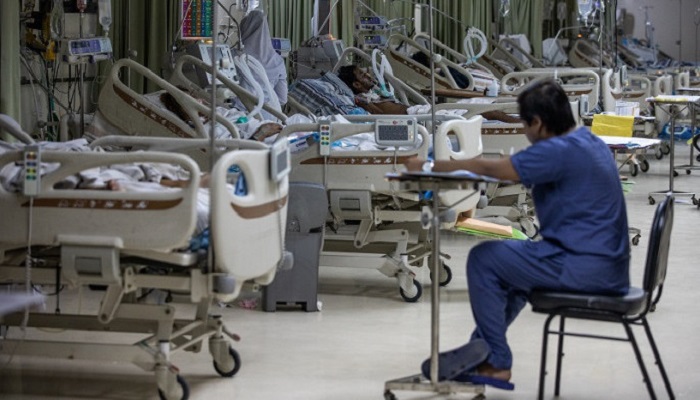 Awami League general secretary Obaidul Quader on Monday said there is no oxygen crisis in the country.

He said this at a briefing at his official residence this morning.

"There is no oxygen crisis in the country. There may be a lack of coordination somewhere, but the Prime Minister has already directed the Ministry of Health to take appropriate steps to ensure supply by strengthening coordination in areas where oxygen supply is urgent."

Quader said the BNP's efforts to politicise the Corona issue had utterly failed.

He said that the collection of vaccines with the highest priority for the country is a clear reflection of the deep commitment of the Sheikh Hasina government to the people of the country.

Obaidul Quader said that about 45 lakh doses of vaccine have already arrived in the country and more vaccines will come in time.

He said Bangladesh would succeed in procuring the required number of vaccines under the Prime Minister's diplomatic skills and visionary leadership, InshaAllah.

Noting that there is no alternative to building awareness to curb the upward trend of infection, the bridge minister said, "We should take utmost precautions to survive during this pandemic situation."

Seven people died in the space of roughly an hour and 20 minutes, allegedly due to an oxygen supply failure in Satkhira Medical College Hospital on the evening of June 30. They were undergoing treatment at the ICU and the CCU units of the hospital.

Two probe committees have been formed to investigate the causes behind their deaths.