Russia eyes Mongolia as a shortcut to China 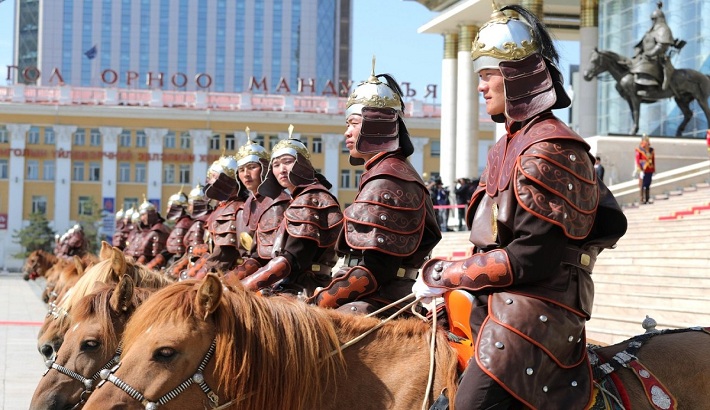 Sandwiched between Russia in the north and China in the south, Mongolia could soon serve as an important transit country for Russian natural gas and its related supply chains.

Even so, Russia will struggle to boost its economic presence in Mongolia, which has long served as a buffer zone between its two neighboring giants.

Once completed, the Soyuz Vostok gas pipeline will become an extension of Russia’s Power of Siberia 2 natural gas pipeline in Mongolian territory. In other words, this ambitious project is meant to provide supplies of Russian gas across Mongolia and into China.

It is unlikely a coincidence that Batmunkh’s first foreign trip since her appointment was to Russia. Prior to her visit to the Russian capital, two local General Intelligence Directorate officers in Ulaanbaatar were sentenced to 14 years in prison allegedly because they spied for Russia.

That action, however, did not apparently affect overall relations between Moscow and Ulaanbaatar. In November, the two nations will mark a century of establishing diplomatic relations and have already signed a permanent treaty on friendly relations and lifted bilateral ties to a comprehensive strategic partnership.

According to the document, Russia and Mongolia will undertake to develop cooperation in the spheres of politics, defense, economy, trade, finance and investment. Indeed, Ulaanbaatar’s bilateral military relationship with Moscow remains a priority for Mongolia.

It is estimated that more than 60% of Mongolians who undertake military training abroad are in the Russian Federation. The two countries also regularly hold annual joint field training exercises.

On the other hand, since 2003 the Asian nation of about three million people holds joint exercises with the United States as well, and many Mongolian officers have been trained in the US. However, Mongolia seems to have more recently moved away from its “third neighbor” policy and started to pay more attention to its relations with Russia and China.

In 2016, the three countries reached a comprehensive deal on developing the China-Mongolia-Russia (CMR) economic corridor.

“We pay great attention to the development of the central railway corridor to increase transit trade flows from Europe and Russia to China and in the opposite direction through the territory of Mongolia.

Along with this, the construction of new railway lines in Mongolia is underway,” a former Mongolian foreign minister wrote for Russian newspaper Rossiyskaya Gazeta in 2020.

Indeed, the Tavan-Tolgoi-Zuunbayan railway route is now being actively built, with completion expected in 2022. China will be the biggest beneficiary of this transport network given that Beijing is one of the biggest buyers of Mongolia’s coal.

After China imposed a ban on the import of Australian coal, Beijing reportedly increased coal purchases from Mongolia as well as Russia and Indonesia. Mongolian authorities, on the other hand, seem to be trying to diversify the country’s coal export routes.

There are reports suggesting that Mongolia’s huge reserves of high-quality coal could be soon exported worldwide via the ports of the Russian Far East at Vladivostok and the Vostochny coal terminal.

Such a possibility is not surprising given that Mongolia sees Russia as a balance against Chinese economic and political dominance.

Maintaining good neighborly cooperation with Russia is necessary for Mongolia’s balanced foreign policy. In the past, however, the balance of power was greatly advantageous to Russia since the country was seen as the unofficial “16th republic” of the Soviet Union.

Following the collapse of the USSR, the Kremlin lost much of its influence in Ulaanbaatar. But that lost influence is being regained as Moscow redevelops its energy business in Mongolia.

Russian energy holding companies Inter RAO and Rotek could soon take part in the modernization of existing thermal power plants in the Mongolian capital. And once the Soyuz Vostok gas pipeline is fully operational, Moscow could increase not only its economic but also its political influence in Mongolia.

It is also probable that the country will eventually sign a free-trade agreement with the Russia-dominated Eurasian Union, although full membership in the supranational entity does not look realistic at this point since it would likely jeopardize Ulaanbaatar’s policy of strategic balance between Russia and China.