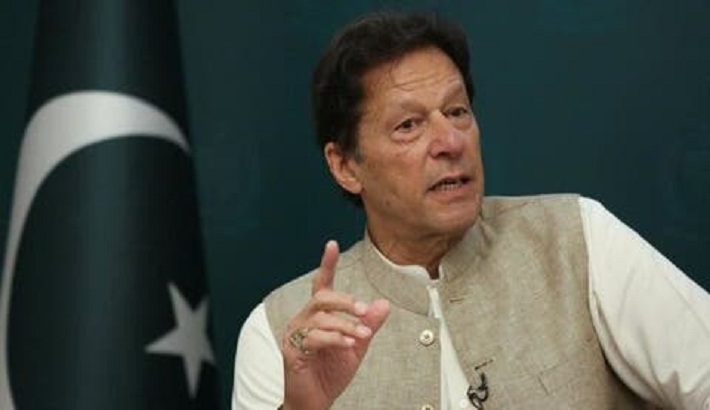 Pakistan Prime Minister Imran Khan has repeated his country’s support for the Chinese government regarding its policies in the Muslim-majority Xinjiang province, while also praising the country’s one-party system as offering a better model for societies compared with electoral democracy.

Khan was speaking to members of the Chinese news media who were visiting Islamabad as part of the 100th anniversary celebrations of the Communist Party of China (CPC) on Thursday.

Rights groups accuse China of systematic and widespread  “mass internment and torture amounting to crimes against humanity” against the Muslim population in its southwestern Xinjiang province.

In a report last month, Amnesty International termed the situation in Xinjiang “a dystopian hellscape”, citing dozens of witness accounts that detailed allegations of brainwashing, torture and an erasure of cultural identity.

But Khan, who has regularly called for international action against Islamophobia, particularly in European countries, said he was satisfied with the Chinese government’s denials of any rights abuses.

Pakistan shares a longstanding strategic relationship with its northeastern neighbour China, which has invested more than $60bn in the country through the China-Pakistan Economic Corridor (CPEC) project.

Khan also lauded the one-party system of governance in China, where the state is exclusively controlled by the Communist Party of China and there are no direct elections for major positions or the country’s parliament.

“The CPC is a unique model. Up until now, we were told that the best way for societies to improve themselves is the Western system of democracy,” said Khan.

“What the CPC has done is that it has brought this alternative model. And they have actually beaten all Western democracies in the way they have brought up merit in their society.”

Khan, who was elected to power in a general election in 2018, said electoral democracy “straight-jackets you” when it comes to reforms, and lauded the “flexibility” of the Chinese model.