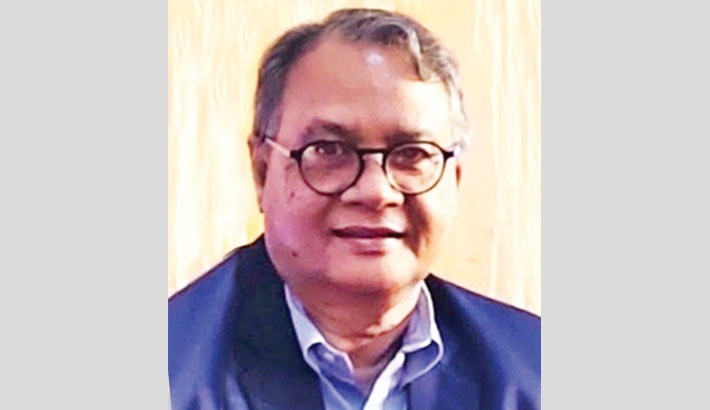 These days, besides the monotonous, dreadful and frustrating news about the pandemic, media of all forms are buzzed with the news of sports of all kinds around the world. It started perhaps with cricket matches between England and the West Indies in July 2020 under a uniquely designed health protocol called the ‘Bio-Bubble’. The Covid-19 pandemic brought everything to a halt. Normal activities concerning lives and livelihoods went down to a bare minimum. All kinds of international sports events were either cancelled or postponed. Later, under such a situation, sports events were organised mostly without spectators in different parts of the world. After the England and the West Indies cricket matches, many other such cricket series have been organised maintaining the health protocol. Here it needs to be mentioned that separate health protocols for organising sports events have been developed and successfully being used to hold sporting events of large nature. It is learned that the bio-bubble is an invisible shield under which sports are being held. It has been described and later proved to be a safe and secure environment that can only be accessed by sportsmen and women and officials tested Covid negative. This shield minimises the risk of transmission of the deadly virus among especially the participants and organisers during the sporting event. It is interesting to note how this bio-bubble works and is created. It is said that this bio-secure environment includes hotels, stadiums and any other places where the players and officials are allowed access to prevent any physical interaction with the outside world. For this purpose, different zones are created for players, match officials, staff members, hotel staff, security personnel and medical teams. All of them must remain in their allotted zones. In case of breach of bio-bubble, the person will be isolated and would need to test negative twice before entering the bubble again. It is so strict a measure that the players and others concerned are even not allowed to meet their families, friends, and visitors during the course of the tournament. In most cases, the players and officials can only travel from the hotel to the stadium. Here it should be mentioned that before the mass vaccination started in different countries where such sporting events were organised, the stadiums remained empty as spectators were not allowed to physically watch the matches. However, with the vaccination, spectators in limited number were allowed to enter into the stadiums to watch the games by maintaining the healthy protocol, particularly social distancing. Following a similar system, to name a few, India's tour of Australia, Indian Premier League (IPL), US Open tennis tournament, World Test Championship and French Open Tennis Tournament were successfully organised.

Currently, a number of cricket matches, Wimbledon Tennis, COPA America and Euro Cup Football Tournaments are being held at different places around the world. There is all likelihood that the Summer Olympic Games that was supposed to be held last year is also going to be organised this year in Tokyo, Japan. Here it may be pointed out that now many suspended matches and tournaments are being held mentioning the actual year that there were supposed to be held. This new trend is also allowing foreign tours to allow the spectators to visit the towns and cities where these games are being held. This is also opening up travel and tour industries though to a very limited scale.  However, it is contributing to creating momentum in that direction. But under the current global scenario, it seems that countries having very good economic resources bases and developed logistics can organise sporting events creating quite expensive bio-bubble systems. It would be really very difficult, if not impossible, for resource constraint countries to establish such a system and organise sporting events and tournaments. The other area of concern are that different sports and games as a whole cannot be played at the mass level due to the fear of spreading the virus infection. However, mass vaccination or inoculation programmes across the world will change the scenario. For that purpose, all countries particularly the richer ones need to come forward to help out the developing countries with vaccine supports. In many cases, some countries including Bangladesh are ready to spend needed resources to procure vaccines for their people. But because of non-availability and also in some cases limited cooperation of vaccine producing countries to provide vaccines, Bangladesh is not being able to procure them. This is causing deaths and destroying the livelihoods of many. Now, we can only hope that situation will improve soon and vaccines will be made available to all countries of the world for the cause of humanity.

However, the currently ongoing COPA America and Euro Cup 2020 have created great enthusiasm among sports lovers all over the world. The interests and hypes particularly these two tournaments have created among all irrespective of age, colour and nationality are greatly helping all socio-psychologically to come out of the depressing environment caused by the pandemic. In many countries where strict lockdown is going on like Bangladesh, people at least can have some fun and thrill sitting back at homes with their dear and near ones by watching matches of these tournaments.