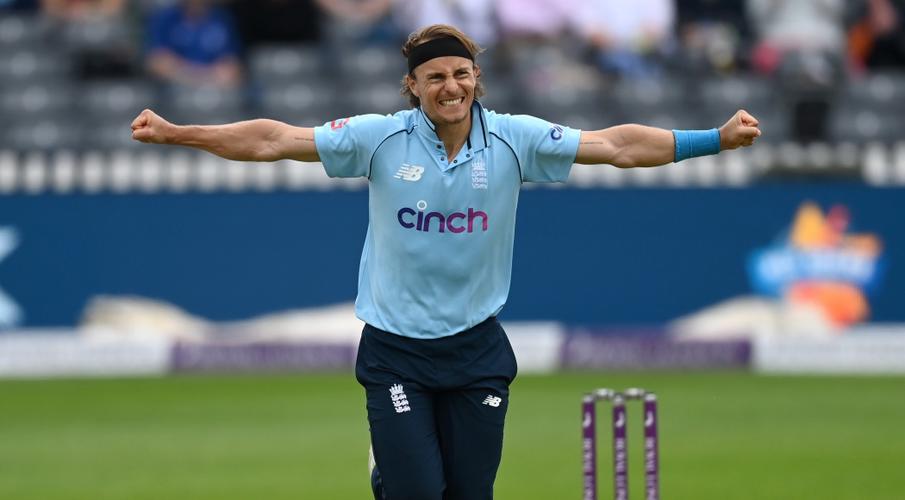 Tom Curran followed in brother Sam's footsteps against Sri Lanka only for rain to deny England a series clean sweep in the third and final one-day international at Bristol on Sunday.

Having won the preceding T20 series 3-0, England were on course to end the ODI campaign with a similar scoreline after dismissing Sri Lanka for a meagre 166, with Curran taking 4-35 in his maximum 10 overs.

That followed younger brother Sam's 5-48 during an eight-wicket win at the Oval -- the duo's Surrey home ground -- on Thursday that put England 2-0 up.

But a huge downpour after Sri Lanka's innings meant the match was abandoned before reigning 50-over world champions England could begin their reply.

The series win extended England's lead at the top of the Super League, which acts as qualification for the 2023 Cricket World Cup in India.

By contrast, Sri Lanka remained in 11th place and they may yet have to go through a separate qualifying event in order to secure a place at the showpiece tournament.

"We're delighted that even though we went 2-0 up in the series, they continued to be ruthless and disciplined," England captain Eoin Morgan told Sky Sports.

Tom Curran's wickets represented the right-arm paceman's first for England in six white-ball appearances. He had previously bowled 34 overs in T20s and ODIs without success.

"It is nice to get wickets today, but I haven't felt the real need for wickets," said Tom Curran ahead of a three-match ODI series against Pakistan starting in Cardiff on Thursday.

"I guess it's a funny game, sometimes you bowl really well and don't get a wicket, other times you can cash in with some average balls."

Only Dasun Shanaka's 48 not out offered much resistance as Sri Lanka were dismissed with nearly nine overs left in their innings.

Sri Lanka never appeared to recover from the loss of three senior players -- vice-captain Kusal Mendis, opener Danushka Gunathilaka and wicketkeeper Niroshan Dickwella -- after they were all sent home for a breach of Covid regulations before the T20 series.

"Our batsmen have not been in the game," said Sri Lanka captain Kusal Perera. "They have to trust their ability and go back to basics."

It was an all-too familiar story for Sri Lanka on Sunday as they collapsed to 63-5 inside 15 overs, with Chris Woakes and David Willey making early inroads after Morgan won the toss.

Willey, denied a place in England's victorious 2019 World Cup squad by the currently injured Jofra Archer, was named player of the series after taking nine wickets at a miserly average of 16.

"Typically I swing the new ball but I bowled a bit shorter the last game and picked up some wickets with that," Willey said.

Sri Lanka's batsmen repeatedly fell to the short ball against all of England's quicks, with both Dhananja de Silva, who made a fine 91 at the Oval, and Wanindu Hasaranga caught in the deep off Woakes and Tom Curran.