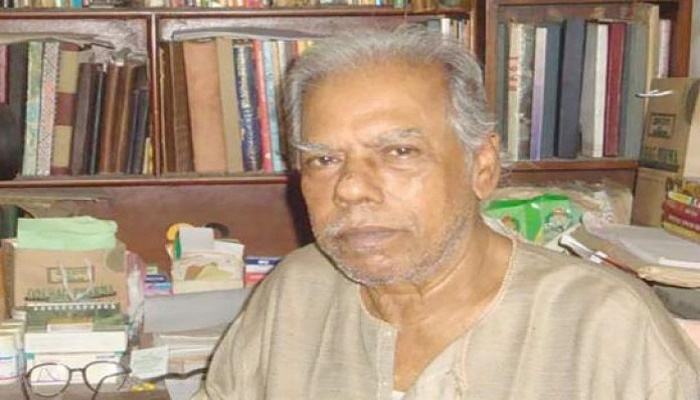 "Salam Salam Hajar Salam" song famed lyricist Fazal-e-Khuda died from coronavirus infections at a hospital in the capital on Sunday morning. He was 81.

The prominent lyricist breathed his last at Shaheed Suhrawardy Medical College and Hospital while undergoing treatment around 4:00am.

He was diagnosed with Covid-19 recently and admitted to the hospital on Thursday as his condition deteriorated, he said.

He noted that Fazal-e-Khuda's wife, Mahmuda Sultana, also are being treated at the hospital as she tested positive for the virus.

The lyricist is the founding director of Shapla Shaluk, an organisation dedicated to children and teenagers.