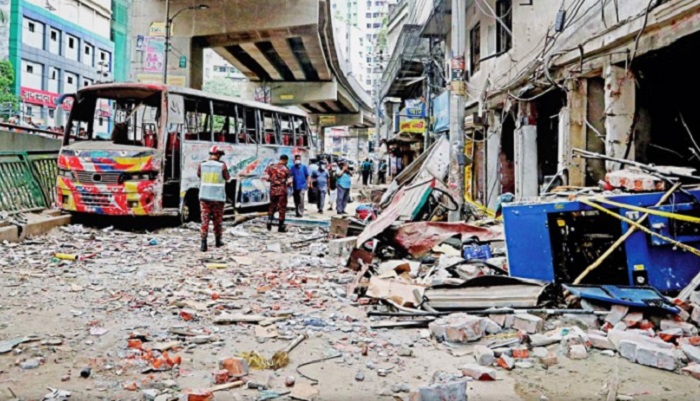 The case, filed over the Moghbazar massive blast, was transferred to Counter Terrorisms and Transnational Crime CTTC) unit from Ramna Police Station on Saturday.

The case was transferred to the CTTC unit for more effective investigation.

AKM Rahmat Ullah Chowdhury, deputy commissioner (Bomb Disposal unit) of the CTTC, confirmed it and said that they would investigate the case.

A massive explosion occurred at ‘Rakhi Nir,’ a three-storey commercial building No. 79 on Outer Circular Road at Boro Moghbazar in the capital at about 7:30pm on June 27.

The incident killed 11 people and injured about 50 others.

On June 29, police being plaintiff filed a case with Ramna Police Station bringing charges of negligence against unidentified people.

The committees primarily suspected that gas leak caused the incident.