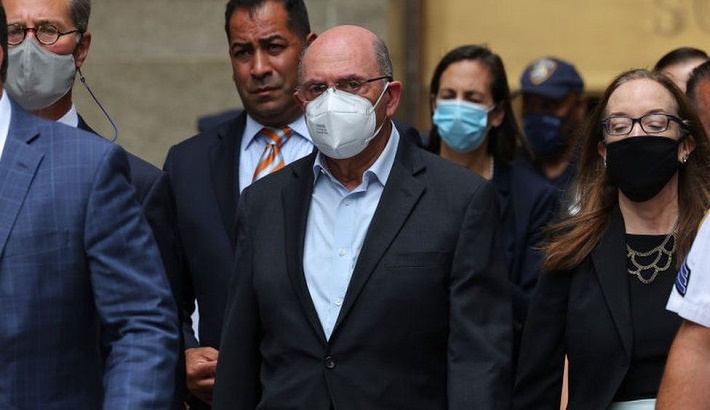 Former US President Donald Trump's company and its finance chief have been charged with tax-related crimes.

Allen Weisselberg, 73, turned himself in to New York authorities on Thursday. He was later charged with concealing $1.7m (£1.2m) worth of income.

Prosecutors say the 15-year-long scheme helped executives evade taxes by giving benefits, such as rent and school fees, that were hidden from the authorities.

Lawyers for the firm and Weisselberg have pleaded not guilty to tax fraud.

No charges were brought against Trump personally, though prosecutors said the former president had signed some of the cheques at the centre of the case.

The Trump Organization is a family holding company that owns hotels, golf clubs and other properties - and the cornerstone of a global brand that encompassed book deals, TV shows and Trump-emblazoned skyscrapers.

The criminal charges are the first to arise from long-running investigations into alleged fraud by both the Manhattan district attorney and the state attorney general.