Over 50 villages flooded due to heavy rains in Kurigram 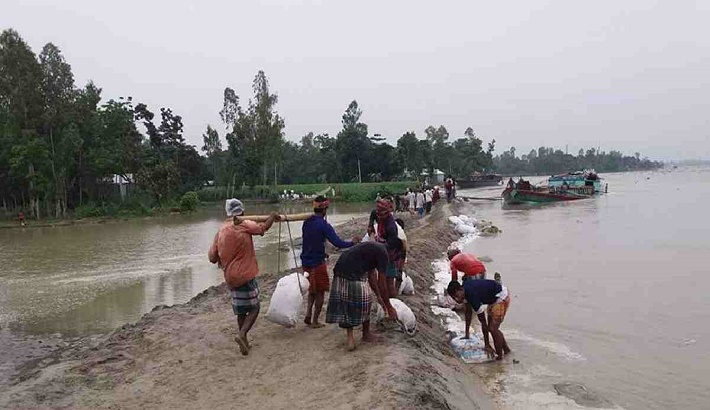 As many as 50 villages on the sandbars on the Dharla and Teesta rivers in Kurigram have been flooded due to heavy monsoon rains.

In the last three days, some 20 families have been rendered homeless across the villages on the riverine land.

Besides, several hectares of Aman seedbeds, jute, corn and other agricultural fields went under flood water due to the rise in water levels of the rivers.

In fact, the water levels of all the 16 rivers in the district, including Brahmaputra, Dharla, Teesta and Dudhkumar, have increased due to three days of continuous rains.

Some 15 villages in the low-lying areas of the district have gone under water, rendering scores of residents homeless.