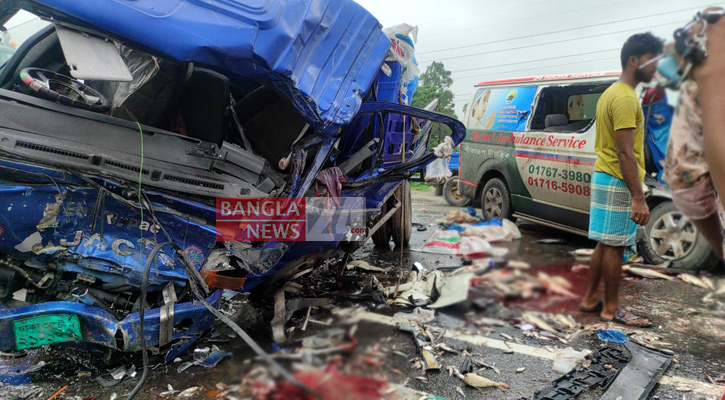 Five people were killed and five others injured in a head-on collision between a speeding pickup van and an ambulance ferrying passengers in Kalihati upazila of Tangail on Saturday, police said.

All the victims had boarded the northern district-bound ambulance from Dhaka in the absence of any public transport due to the Covid-induced stricter lockdown.

However, the identities of the deceased are yet to be established.

The accident occurred around 7.30am when the pickup van crashed into the ambulance that was coming from the opposite direction on the east side of Bangabandhu bridge in the Hatia area, police said.

The impact of the collision was such that three occupants of the ambulance died on the spot. The seven other injured occupants were rushed to Tangail General Hospital, where two of them were declared dead on arrival.

A probe has been ordered into the accident, a police official said.