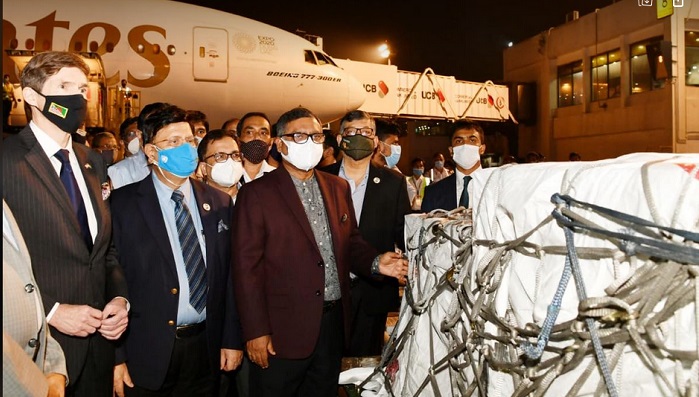 Foreign Minister AK Abdul Momen on Friday night received, in the Hazrat Shahjalal International Airport, the first of the two consignments of 2.5 million doses of Moderna vaccine, received from the United States under the COVAX framework.

The second consignment of 1.2 million doses of Moderna vaccines and reached Dhaka at 8:45am on Saturday.

The arrival of the vaccine doses is just the beginning as the US understands the urgency to supply vaccine as quickly as possible, says Ambassador Miller.

The vaccine consignments have been reaching here as good news for Bangladesh as Dhaka has been desperately looking for vaccines to inoculate huge numbers of people.