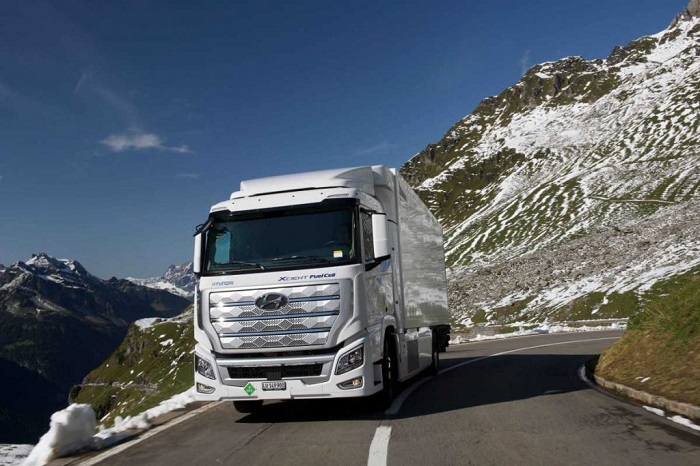 South Korean automaker Hyundai Motor Co. said Friday its fleets of Xcient fuel cell trucks have surpassed 1 million kilometers of driving since they hit the roads in Switzerland nearly a year ago.

Hyundai Motor has shipped a total of 46 Xcient heavy-duty truck trucks to the European nation since July 2020, which came in service for 25 Swiss companies in logistics, distribution and supermarket fulfillment.

Over that distance, the hydrogen-powered trucks, which only emit water, have reduced carbon emissions by an estimated 630 tons, compared to diesel-powered vehicles, Hyundai said.

Hyundai said it will ship another 140 units to Switzerland by the end of this year as part of its plan to roll out 1,600 fuel cell trucks in Europe by 2025.

The automaker also plans to introduce Xcient trucks to the North American market this year, saying talks with several local governments and logistics businesses in the United States have been under way to establish joint operations for various purposes.

Hyundai Motor has stepped up marketing for its hydrogen-powered trucks as a clean alternative to diesel trucks as it set an annual sales goal of 110,000 fuel cell electric vehicles worldwide by 2025.