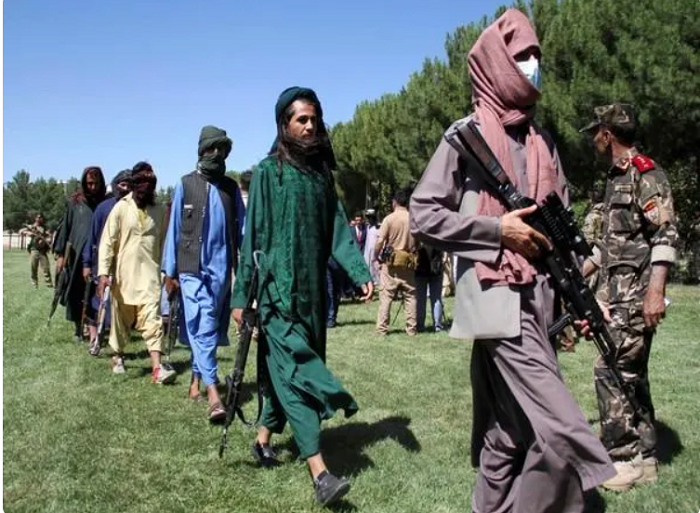 The United States on Wednesday called on the Taliban to end the ongoing violence and return to the negotiating table as fighting intensifies in the war-torn country.

"As we see media reporting and firsthand accounts of Taliban offensives in different parts of the country and targeted attacks against civilians across Afghanistan, we call on the Taliban to end the ongoing violence and return to the negotiating table," Ambassador Ross Wilson, who serves as Charge d'Affaires at the U.S. Embassy in Kabul, tweeted.

This comes in the middle of a surge in violence as the Taliban has increased its activities since the start of the US-led forces pull out from May 1.

As the Taliban have taken control of several districts across the country, US intelligence assessments have suggested the country's civilian government could fall to the terror group within months of US forces withdrawing.

The top US general there, Austin Miller, warned Tuesday that the worsening violence could lead to civil war, CNN reported citing news reports.

Biden acknowledged the growing challenges last Friday during a visit from President Ashraf Ghani, noting the "senseless violence" and saying, "It's going to be very difficult," but he is not rethinking his plans to withdraw US troops, White House press secretary Jen Psaki said Tuesday.

According to the New York Times, US officials expect the entire withdrawal of their forces from the country will be completed in less than a week by the July 4 national holiday.

As deadly clashes in Afghanistan continue to intensify, hundreds of more civilians have taken up arms against the Taliban in support of the government forces in several Afghan provinces.

People in over ten Afghan districts have taken up arms against the Taliban in just a week following the back-to-back fall of dozens of districts to the group.

Meanwhile, Biden has announced a series of measures to provide assistance to the South Asian country amid troop withdrawal, including donating three million doses of the Johnson and Johnson vaccine to the people of Afghanistan through the COVAX facility.

Additionally, the United States Agency for International Development (USAID) is also supporting Afghan efforts to respond to the critical shortfalls in oxygen and medical ventilation support by providing emergency and structural assistance.