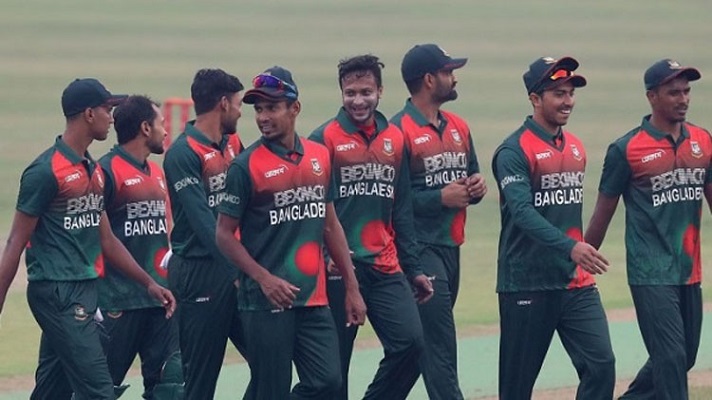 The Bangladesh team got permission to start their practice in Zimbabwe from today after all of the members, including the support staff and other stakeholders returned negative in Covid-19 test.

The Tigers reached Zimbabwe at the early hour of Wednesday as per Bangladesh time. They gave their sample for corona test in the airport and received the result today.

After being negative, they Tigers geared up for the practice, primarily focusing on the one-off Test, slated to be held from July 7-11.

Ahead of the Test match, Bangladesh will play a two-day practice game, which is important for them, considering that they didn't have any preparation for the longer version cricket.

All of the members of Bangladesh in fact played shortest version of cricket before leaving the country as the Dhaka Premier League (DPL) this year was held in T20 format.

Ahead of leaving the country, Test skipper Mominul Haque admitted that the preparation for the Test match was not ideal but still they are hopeful to make instant impact.

But when at Zimbabwe's soil, Bangladesh won just one and drew one in seven Test matches. The only victory came in Bangladesh's last tour in Zimbabwe in 2013.

In that last tour, Bangladesh drew the two-match Test and T20 series by 1-1 respectively but lost the three-match ODI series by 2-1.

However Bangladesh's three ODIs are scheduled on July 16, 18 and 20 and then they will take on the hosts for three-match T20 International series, scheduled to be held on July 23, 25 and 27.