Dhaka University in the Emergence of Bangladesh 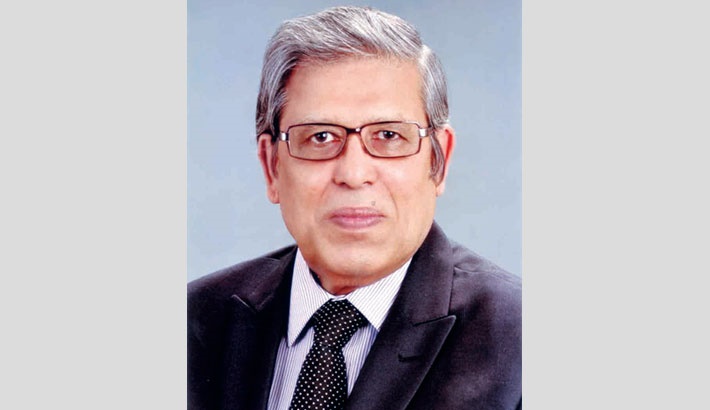 During the British rule, a vast area of Indian Subcontinent was demarcated as the Bengal Presidency. In 1905, this area was divided into provinces of Bengal and Assam, and West Bengal. Due to the partition of Bengal, the Muslim community largely along with schedule castes gained and moved forward with education and financial prosperity. However, in 1911, the partition was annulled under the pressure and movement of Hindu gentlemen. This led to the angry reaction of the Muslims and mild resentment of the scheduled castes. As a tool to quell these and especially to compensate the Muslims, it was proposed to establish a university with the abandoned palatial buildings of Dhaka as the capital of the then East Bengal and Assam and on about 600 acres of land at Ramna Area. The academic activities of Dhaka University began on 1st July 1921 with Philip J. Hartog as the first Vice Chancellor.

Some students and graduates of this University were closely involved in India's freedom movement and the birth of the Muslim League, a single Muslim institution to create Pakistan. History shows that the establishment of Dhaka University was a milestone in the awakening of Muslims in East Bengal that helped Muslims socially, economically and politically to demand the creation of Pakistan from the womb of Indian sub-containers.

Shortly after the creation of Pakistan in 1947, the western part manifested discrimination against the eastern part of the country. It was visible in the early fifties. So, there was a sense of distrust for Pakistan among the educated section of East Bengal.

The debate on the national language of Pakistan followed by the language movement played an elevated role in the emergence and development of Bengali nationalism. Before the creation of Pakistan, Dr. Zia Uddin, Vice Chancellor of Aligarh Muslim University, had been advocating for Urdu as the national language of Pakistan. On the contrary, Dr. Shahidullah, a teacher at Dhaka University, stood against the move. He did not restrict himself to protests but also made an infallible argument in Azad magazine that Bengali must be one of the national languages of Pakistan. He stuck to his proposition till the last day of his life. On September 15, 1947, two teachers of Dhaka University – Professor Kazi Motahar Hossain and Principal Abul Kashem – demanded to recognise Urdu as well as Bengali as the state languages of Pakistan. The former even predicted that Pakistan could someday demise due to this language controversy unless this is settled immediately. Fazlur Rahman, a former student of history at Dhaka University and Union Minister of Education and Information, Pakistan, dared to propose Urdu as the only national language of Pakistan without bothering about such predictions. In fact, this was one of the factors that ignited the language movement. Within a week, Principal Abul Kashem, Munir Chowdhury, Abdur Rahman, Kalyan Dasgupta, AKM Ahsan, all of whom the students of Dhaka University, protested strongly the stand of Bangla speaking Fazlur Rahman. The question of state language was then raised by Dhirendranath Dutta in the Gana Parishad of Pakistan, which was vehemently opposed by most members of East and West Pakistan and caused immediate sensation and resentment of students of Dhaka University.

Immediately after the establishment of Pakistan; Sheikh Mujibur Rahman joined the Dhaka University as a law student, though he could not complete his degree by steering the movement of class IV employees of Dhaka University. This movement of class IV employees was considered to be part of the ongoing language movement for Sheikh Mujib and his colleagues; of course, he joined the language movement on March 11, 1948.

United Front and Election of 1954:

Some political parties, including East Pakistan Awami League, were active partners of the Language movement. Later, a political conglomerate came into existence with the name of United Front to contest the forthcoming election. This Front won a landslide victory in the provincial election in the eastern part of Pakistan in 1954. Three prominent leaders of the Front had a thin connection with Dhaka University but their close disciples were students or former students of Dhaka University who were having contact with existing student leadership. They gained the support of the Students' League and the Students' Union. The Secretary of Awami League Shamsul Haque and Joint Secretary Sheikh Mujib, as stated earlier, were students of Dhaka University. And also Abul Mansoor Ahmad, a person known to have framed 21 point programme of the United Front, had connections with students and teachers of the University. A number of teachers of Dhaka University, including Sardar Fazlul Karim, were in favour of the 21-point programme. He contested the election and won. He was later on sent to jail and lost his job at Dhaka University. In this election, Nurul Amin, known as a 'murderer' of students and later on an opponent of the liberation war, was defeated by Khalek Nawaz Khan, a language activist of Dhaka University.

Although the United Front won the 1954 election, the immediate great deceptions and subsequent military rule with political persecution and economic deprivation taught Mujib and some of his associates that it would become evident someday that living with West Pakistan would be difficult. With this understanding, Mujib even thought of the need for armed struggle to earn emancipation. It is now well published that Sheikh Mujib patronised be the formation of an armed group for attaining Independence back in the early fifties. At that time, the growing political, economic and social disparities between the East and the West were mostly made visible by politicians and proponents of the ‘two-economy’ theory. But due to West Pakistan's non-cooperation and inattention, the 21-point programme of the United Front failed to cut ground. The palace conspiracies and thereafter, centrally initiated frequent changes in provincial governances added fuel to the growing sense of deprivation of East Pakistan.

The writer is a former student and teacher of Dhaka University, and currently serving as the Vice Chancellor of World University of Bangladesh