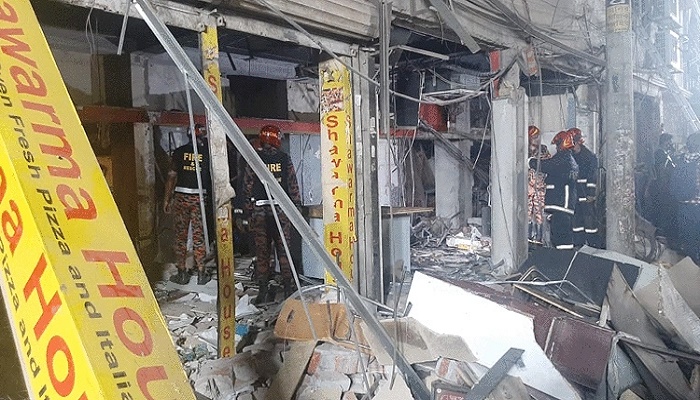 A van puller, who suffered injuries in an explosion at Moghbazar area of the capital on Sunday, died on Thursday morning, taking the death toll to ten.

Nurnabi, 30, hailing from Rajbari, with 90 percent burns breathed his last at Sheikh Hasina National Institute of Burn and Plastic Surgery (SHNIBPS ) around 4:30am while undergoing treatment.

Earlier, seven persons were killed after the blast on Sunday while a man died at a Panthapath hospital the next morning. On Tuesday, fire fighters recovered body of the caretaker of the building from the debris.

The police filed a case on Tuesday with the Ramna police station over the explosion in a Moghbazar building, mentioning seven entities and an individual as suspects for their ‘negligence’ that led to the blast.

The preliminary investigation suggested that ‘leaked gas’ was the main reason of the blast that took place in the building at Shaheed Sangbadik Selina Parvin Road on Sunday evening.