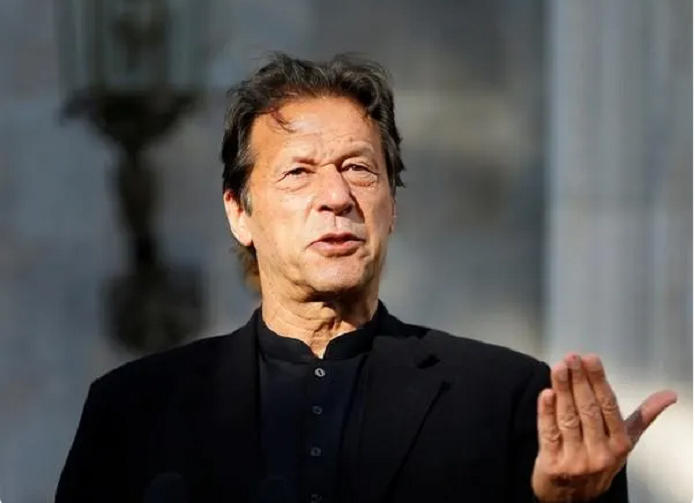 A source in Islamabad said that Bukhari met with a number of senior Israeli officials during a brief visit to Israel in November, and conveyed a message from the Pakistani Chief of Staff, Qamar Javed Bajwa. The two countries are expected to participate in a joint naval exercise in the Black Sea, reported Israel Hayom.

Dean Samuel Elmes, writing in Israel Hayom said that as per Israel Today, Bukhari taking advantage of his British passport arrived at Ben Gurion Airport from Islamabad on a connecting flight to London.

Upon landing, he was transferred to Tel Aviv, where he met with senior officials of Israel's Foreign Ministry, conveyed the message sent by Prime Minister Khan.

He also met with former Mossad chief Yossi Cohen, to whom he conveyed a message from Pakistani Chief of Staff Qamar Javed Bajwa.

The visit and the contacts come after heavy pressure from the UAE. This is revealed and validated against the background of the participation of the two countries in a joint naval exercise together with the US Navy in the Black Sea, reported Israel Hayom.

"Pakistan is one of the countries participating in the Sea Breeze exercise and the Pakistani military attache in Ukraine will come as an observer," the Pakistan Navy said.

Overall, the exercise is expected to feature a record number of 32 countries from six continents, 5,000 troops, 32 vessels, 40 aircraft, and 18 diving and commando crews.

The exercise will include, among other things, combat on several fronts, including the use of amphibious means, ground manoeuvres, diving operations, submarine warfare, and air defense, reported Israel Hayom.

The exercise, as expected, was not welcomed in Moscow. The Russian Ministry of Defense announced on Saturday that "the Black Sea Fleet is tracking the US missile ship 'Ross' which entered the Black Sea," said Elmes

The American ship reached the Black Sea in preparation for the Sea Breeze exercise. "The joint NATO-Ukraine exercise is intended to cause instability in Russia's borders," Russian Foreign Ministry spokeswoman Maria Zakharova said.

The Israeli Navy is participating in a military exercise that is completely contrary to Moscow's security interests, said Elmes.

With or without a connection to Israel and Pakistan, it is very difficult to assess what policy the Russian Black Sea Fleet will adopt, since last Wednesday they fired warning shots at a British vessel that they claimed was sailing in Russian territorial waters.

The Black Sea coast is home to Russia, Ukraine, Romania, Bulgaria, Turkey and Georgia - and each will take part in the exercise, which is likely to deprive Moscow officials of their sleep, reported Israel Hayom.