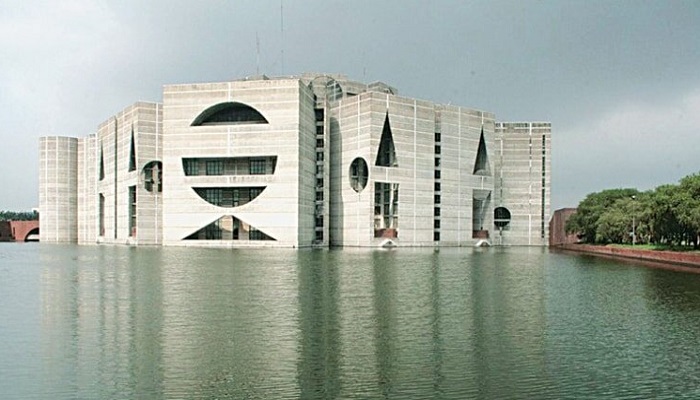 The Jatiya Sangsad passed the Finance Bill 2021 on Tuesday, which has paved the way for passing of the national budget for FY22 tomorrow, putting higher priority to the lagging behind communities of country's people in order to maintain their lives and livelihood in the wake of COVID-19 pandemic.

Finance Minister AHM Mustafa Kamal moved the bill in the Jatiya Sangsad in presence of leader of the house and Prime Minister Sheikh Hasina and it was later passed by voice vote.

The Finance Bill kept provisions of whitening undisclosed money without any question in the capital market, land and properties, and establishing new industries through giving certain amount of taxes for next fiscal year (FY22).

As per the Bill, no question as to the source of any sum invested in securities by an individual assessee during the period between the first day of July, 2021 and the thirtieth day of June, 2022 (both days inclusive) shall be raised by any authority if the assessee pays tax at the rate of twenty five percent on such investment within thirty days from the date of such investment.

Along with the tax paid under the provision, an amount of penalty of five percent shall be payable on the computed tax.

In respect of such investment, tax shall paid in only pay order or automated challan, as the case may be, and a declaration in the prescribed form shall be made and submitted to the respective Deputy Commissioner of Taxes.

If any such sum invested is withdrawn from the capital market within one year from the day of such investment, an additional amount of penalty at the rate of ten percent on such withdrawn amount shall be payable by him at the time of assessment.

The provisions of this section shall not apply to cases where any proceeding under any provision of this Ordinance or any other law has been drawn on or before the day of making such investment.

The ‘securities’ mean stocks, shares, mutual fund units, bonds, debentures and other securities of the companies listed in and approved by the Bangladesh Securities and Exchange Commission and all other government securities and bonds tradable in the capital market.

In his winding-up speech, the Finance Minister said that like the outgoing fiscal  year's budget, priority has given to the lagging behind communities of people during the crisis period of this COVID-19 pandemic.

"As per the directives of the Prime Minister, we have to step forward keeping no one behind and shall go far away to establish a happy, prosperous and discrimination free Golden Bangladesh. We believe firmly that Insha hallah we shall rise by lifting others," he said.

“Like this, the other economies of the world have also also fixed their budget deficits,"he added.

The Finance Minister said the whole of the world is now passing through an unprecedented challenging time since the usual trend of global economy has been devastated.

“The whole equation has been changed, either the developed countries or the developing could even not be able to save them from the wrath of the pandemic. Most of the economies are now witnessing negative trend,” he said.

Kamal said, “But, we’re quite fortunate that by the grace of Almighty Allah, the economy of Bangladesh has not witnessed any negative trend under the dynamic leadership of Prime Minister Sheikh Hasina,”

Highlighting various macroeconomic achievements over the last 12 years, Kamal said that these unique macroeconomic attainments even surpass the fairy tales.

The Finance Minister said the foreign currency reserve has been multiplied by a whopping 7.5 times to near $46 billion adding that such a huge reserve within a short time is undoubtedly a historic record.

The Finance Bill 2021 also said that no question as to the source of any undisclosed movable property and immovable property shall be raised by any authority if an individual assessee pays, before the submission of return or revised return of income during the period between the first day of July, 2021 andthe thirtieth day of June, 2022 (both days inclusive), tax at various specified rates.

For Cash, bank deposits, financial schemes and instruments, all kinds of deposits or saving deposits, savings instruments or certificates the rate is 25 percent of the total amount.

For establishing new industry the rate is 10 percent.

The Jatiya Sangsad also relieved mobile financial service providers from the pressure of paying higher tax. The National Board of Revenue initially proposed to increase corporate income taxes on MFS providers to up to 40 percent for the next fiscal year. The proposal was not passed in the parliament. Previously MFS providers had to pay 32.5 percent in corporate tax.

Later, the proposals for publishing the bill for eliciting public opinions and other amendments were rejected by voice vote.

The House accepted some amendments to the Finance Bill, 2021 from ruling party MPs Abdus Shahid, Abu Sayeed Al Mahmud Swapan and Washika Ayesha Khan. The amendments proposed by the opposition members were rejected by voice vote.