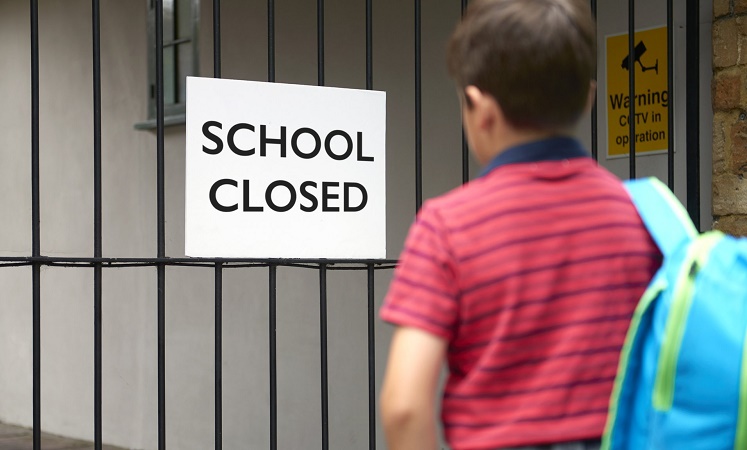 The government has again extended the ongoing closure of all the educational institutions of Bangladesh until July 31 as the coronavirus situation keeps worsening in the country.

The decision has been taken considering the overall Covid-19 situation, imposition of lockdown and safety of teachers, students and staff, Mohammad Abul Khayer, public relations officer of the Education Ministry, said on Tuesday.

The decision has been taken as per the directives of the National Technical Advisory Committee formed to fight Covid-19 in the country and it will remain applicable for Ebtedayee and Qawmi madrasas, too.

On March 16 last year, the government closed all the educational institutions to prevent the spread of coronavirus. No classes have been held since then.

Then the closure was extended several times, most recently until June 30, 2021.

Bangladesh on Monday reported a record-high number of daily Covid-19 infections, after confirming its first cases on March 8 last year and 7,626 on April 7.

On the day, 8,364 people were diagnosed with corona from 35,059 sample tests in the preceding 24 hours, bringing the country's caseload since the beginning of the pandemic to 896,770.

New infections have been averaging 5,000 for the past few days – 75% of the peak. The highest daily average was reported on April 9.

The country, battling to get a second coronavirus wave under control, also reported more than 100 deaths for a second straight day. The new number, 104 deaths, took the country's toll to 14,276.

Bangladesh reported 119 deaths on Sunday, its highest-ever daily fatality from the pandemic. Also, the country's positivity rate reached its peak at 23.86%, which was recorded at 23.57% on April 8.

Meanwhile, the fatality rate almost remained unchanged at 1.59% from Sunday's 1.60% and the recovery rate dropped to 90.06%, according to the Directorate General of Health Services (DGHS).