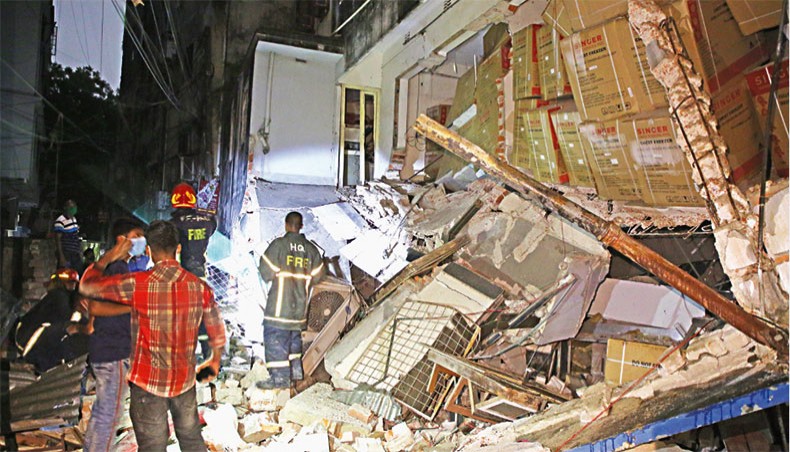 Police on Tuesday lodged a case against unidentified persons for causing death due to negligence in connection with the blast in Moghbazar.

An FIR in the case was filed at the Ramna police station on a complaint by sub-inspector Rezzaul Karim, Officer-in-charge Monirul Islam said.

Eight people were killed and more than 66 others injured after a powerful explosion ripped through a building near Moghbazar Wireless Gate on Sunday evening.

The next day, police formed a seven-member committee to investigate the blast.

Additional police commissioner of Counter Terrorism and Transnationals Crime (CTTC) of Dhaka Metropolitan Police (DMP) will head the committee, the Bangladesh Police Headquarters said in a release on Monday.

The committee has been asked to investigate the explosion and recommend prevention of such incidents in future.  It will also coordinate with the committee formed by the Fire Service and Civil Defence, said the release.

Earlier that day, Brig. Gen. Md Sazzad Hussain, director general of Fire Service and Civil Defence, said that they had formed a five-member committee to investigate the explosion.

Both the committees have seven working days to submit their reports.