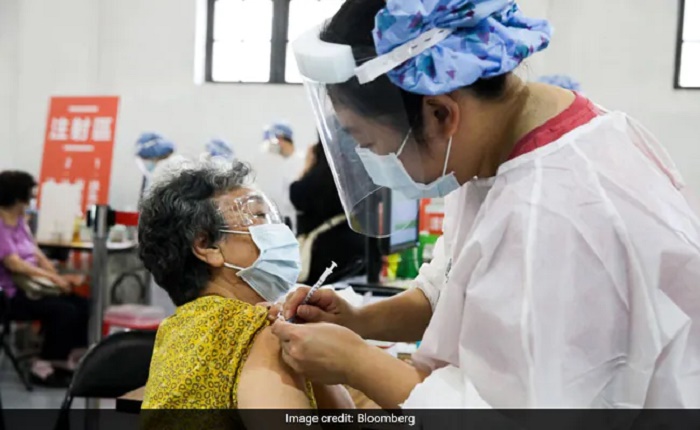 Mixing doses of Covid-19 vaccines from Pfizer Inc. and AstraZeneca Plc creates a strong immune response, according to results from a University of Oxford study, a finding that could enable greater flexibility in the use of scarce supplies.

A mixed schedule of the Pfizer shot followed by the Astra vaccine, and vice versa, resulted in high concentrations of antibodies against Covid-19 when given four weeks apart, researchers reported Monday in the Lancet medical journal.

Doctors and public health officials have been analyzing various ways to extend vaccine supplies -- by delaying the time between first and second doses, for example -- as many low- and middle-income nations try to figure out how to cope with vaccine scarcity. The ability to mix doses might help countries with supplies of different vaccines assist one another.

The order in which people got the vaccines affected the results. Astra followed by Pfizer produced higher levels of immune antibodies and T-cells than Pfizer followed by Astra.

Both of the mixed vaccine schedules summoned more antibodies than two doses of Astra, the study found. The best T-cell response came from Astra followed by Pfizer, and the highest antibody response was seen from two doses of Pfizer.

"This argues for flexibility in use of these schedules, where local circumstances require it," Matthew Snape, an Oxford professor who led the trial, said in a press briefing. "This is giving everybody options."

Shots of AstraZeneca's vaccine are currently spaced out by 12 weeks in the U.K., which broadens accessibility and appears to boost vaccine effectiveness. Also, a study from Oxford released Monday showed that gapping shots by as long as 10 months improved responses even further. Results from a test of the mixed doses at 12-week intervals will be available "within the next month or so," Snape said at the briefing.

The trial involved 830 volunteers age 50 and over and tested the vaccines only against the variant first identified in Wuhan. Further testing against additional coronavirus strains could be useful for informing which vaccines and combinations to use in potential winter booster shots, Snape said. Further research from the program will look at combining vaccines from Moderna Inc. and Novavax Inc.

Last month, early research from the study found that mixing doses of Pfizer and Astra increased side effects, such as fatigue and headaches. However, the findings from the Lancet study said that these were short-lived.