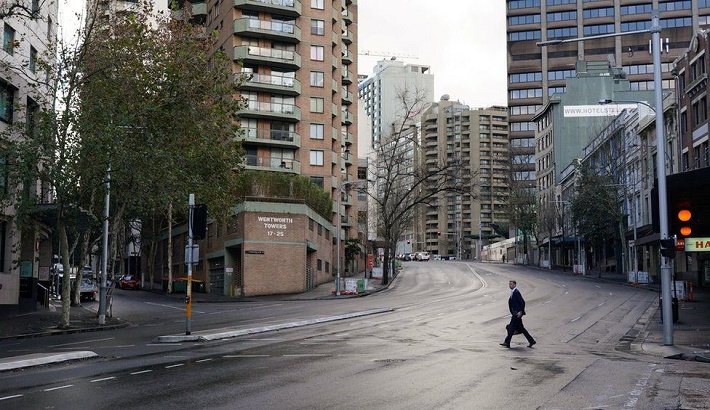 Australia's Prime Minister Scott Morrison has met national leaders for emergency talks on how to tackle a spike in Covid-19 infections.

An outbreak in Sydney linked to the highly contagious Delta variant has grown to 128 cases.

Cases have also been recorded in the Northern Territory, Queensland and Western Australia.

This is the first time in months that cases have emerged in multiple parts of the country at the same time.

The escalation in Covid infections has prompted lockdowns in the cities of Sydney and Darwin, as well as restrictions across four states.

The New South Wales (NSW) state government on Sunday expanded a lockdown to cover all of Greater Sydney, the Blue Mountains, Central Coast and Wollongong.

Many businesses and venues have been ordered shut.