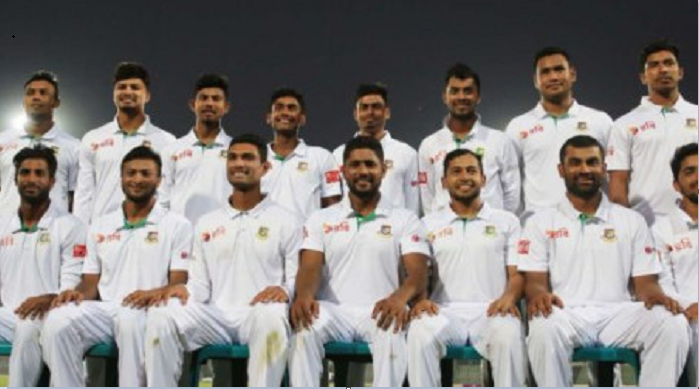 Bangladesh need to guard against complacency during their upcoming tour of Zimbabwe as they will be travelling to the African territory after a gap of eight years.

The Test squad is scheduled to fly for Zimbabwe on Tuesday while other members will join them shortly after for the limited-over series.

Bangladesh, who didn’t tour Zimbabwe since 2013, are scheduled to play a one-off Test on July 7-11 and ahead of the opening Test, the tourists will play a two-day practice game on July 3 and 4.

Chief selector Minhajul Abedin told The Daily Sun that adapting to the condition will be the major challenge for the Tigers as they will be playing in a completely different condition compared to their own backyard.

“Obviously we are expecting to do well in Zimbabwe but having said that it won’t be easy,” Minhajul said on Monday.

“We are travelling there after a long while and naturally every team at their own den is difficult because they know the condition better than their opponent.

“As far as condition is concerned it will be completely different from ours as it is relatively cold there while here we are practising in hot condition,” he added.

Minhajul added that they are expecting the pace bowlers to come forward and take the responsibility in Zimbabwe considering the condition will favour them.

“We have always put Zimbabwe in trouble with our spinners so naturally, they won’t like to go for a spin track rather they are expected to give us a pacer friendly wicket. So our pace bowlers need to step up and deliver.

“If we want to win the Test match we have to take 20 wickets and we believe we have that ability but at the same time, our batting unit needs to click. It’s a one-off Test series and we won’t have any second chance to make a comeback,” he added.

Bangladesh skipper Mominul Haque echoed the same sentiment ahead of the series when his attention was drawn although he didn’t elaborate further.

“Let us do well and later we can talk at length,” said Mominul.

Meanwhile, Bangladesh Cricket Board Chief physician Debashish Chowdhury confirmed that all the players and coaching staff, who underwent the Covid-19 test for the Zimbabwe series, came negative on Monday.