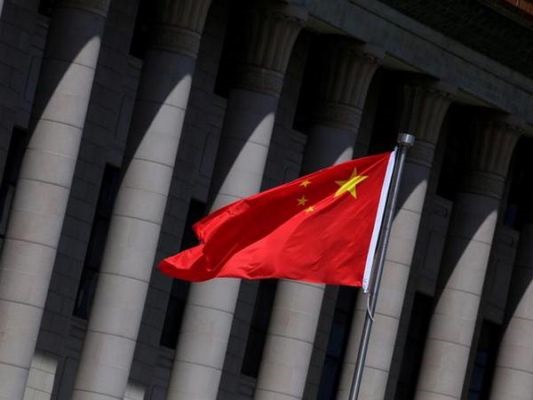 The recent shutdown of the 26-year-old Hong Kong pro-democracy newspaper Apple Daily has signalled an all-out Chinese attack against media and free speech in the region, as the government has already announced that it would tighten rules about accrediting journalists and restrict access to "trusted media".

According to The Japan Times, Radio Television Hong Kong, the city's public broadcaster, has been forced to change its leadership to ensure that its news aligns with the government line. One of its journalists was arrested after investigating police misconduct.

Meanwhile, foreign media organisations have had difficulty getting visas for their correspondents. Under the draconian Beijing-imposed national security law, Chinese authorities are hellbent on silencing independent media in Hong Kong and ending freedom of speech and expression, even though they were guaranteed by the Basic Law and the 1985 agreement struck by China and the United Kingdom.

However, Hong Kong officials argue that journalism is not the problem. Carrie Lam, head of the Hong Kong government, insisted that the law would not affect "normal journalism".

Apple Daily's closure was only a matter of time as its founder, Jimmy Lai, had already anticipated his own arrest over a year ago in a New York Times opinion article in which he bemoaned the steadily shrinking space for freedom of thought and expression in Hong Kong.

The arrest of Lai, other senior journalists and editors, and the shuttering of the daily, signals not just the end of an era in Hong Kong, but shows to all the world the Chinese leadership's instincts and ambitions: it will silence its critics by whatever means necessary, wrote Japan Times in an editorial piece.

After the imposition of the security law, the newspaper became an inviting target for the government. Soon, Lai was arrested and sentenced to 20 months in prison for involvement in the protests.

Later, Hong Kong police raided Apple Daily's headquarters to seize "evidence for a case of suspected contravention of the National Security Law." They also arrested its editor in chief and the chief executive of the media group of which Apple Daily is a part.

The duo was charged with breaking the law by publishing articles that were interpreted as calling for sanctions on Hong Kong or China by foreign governments and institutions, which the police argued constituted "collusion with a foreign country or with external elements to endanger national security."

The Hong Kong authorities also froze the paper's bank accounts and ordered banks to stop doing any business for or with the company and more arrests have been threatened.

The Japan Times reported that John Lee, Hong Kong's secretary for security, distinguished Apple Daily from "ordinary journalists", and a senior police superintendent explained that the crackdown wasn't "targeting the media but an organization that violated the national security law".

However, flaws have emerged within that logic. The language of the National Security Law is vague, which forces journalists to guess where the lines are as they do their job. Moreover, the Hong Kong government has apparently decided that any criticism is beyond the pale.

The media has not been the only target of the national security law. Businesses that once flocked to Hong Kong because of its energy and proximity to China are now rethinking those choices for precisely the same reasons, according to The Japan Times.

Living and working in silence is not an option. Moreover, the language of the National Security Law extends its reach beyond Hong Kong's borders. In theory, this article might even violate its intent.

Some firms have already reduced their presence in Hong Kong because of the political upheaval. Last summer, The New York Times moved its digital news operation for Asia from Hong Kong to Seoul, citing the potential impact of the security law, CNN reported.

Investing advice website Motley Fool and TikTok also pulled out from the city. Big Tech players have also expressed reservations. Last July, Facebook (FB), Google (GOOGL) and Twitter (TWTR) said that they would pause the review of requests for user data from the city's government.